What gets the hard heads going like a good old game of football? At De La Salle students love their sports teams and support them no matter what. The Meteors are not exactly known for their football program, but with the school spirit that DLS students have almost every game feels like the playoffs. With the 2012 season slowly approaching, the Meteors are ending their two-a-days, putting on equipment, and hitting the field heavy. This Chicago heat has not stopped them from continuously going to practice and preparing for the season. After talking to Head Coach Dan Oâ€™Keefe he said that this season is looking pretty hectic with heavy competition.

With players such as QB Shelby Spence, RB Mikale Wilbon, LB Troy Rayhill, and LB Anthony Pierce returning, both sides of the ball will be filled with guys who will contribute to wins, from huge impacts to the small intangibles that donâ€™t show up on the stat lists. This season is highly anticipated for the whole team, but especially for players who will finally get their shine on varsity. Everyone on this Meteor football team is a diligent hard working player, willing to put everything on the line to bring his team wins.

I stopped in on one of DLSâ€™s practices to talk to a few people and see what the team was looking like. Their offense was actually pretty sharp, although the defense seemed to be struggling and sluggish. Spense made some excellent passes and the Wilbonâ€™s running game was quite exceptional. His use of the block and patience getting through holes were well executed. Like every other teams the Meteors have a lot of potential this season, but actually applying it is where their hard work will show.

â€œNo team on our schedule is better than us,â€ said junior linebacker Anthony Pierce. â€œThe way we can lose is by beating ourselves with dumb mistakes and turnovers.â€ With that being said, Pierce seems to be pretty confident in his teamsâ€™ abilities. He also told me that this season is not to be taken lightly; every game should be played as if it is the championship. DLS football hasnâ€™t really had much success recently; last year they did not even make the playoffs. With a young team full of juniors Pierce feels like these next two years will be pretty blissful. 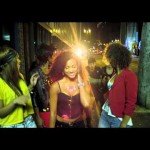