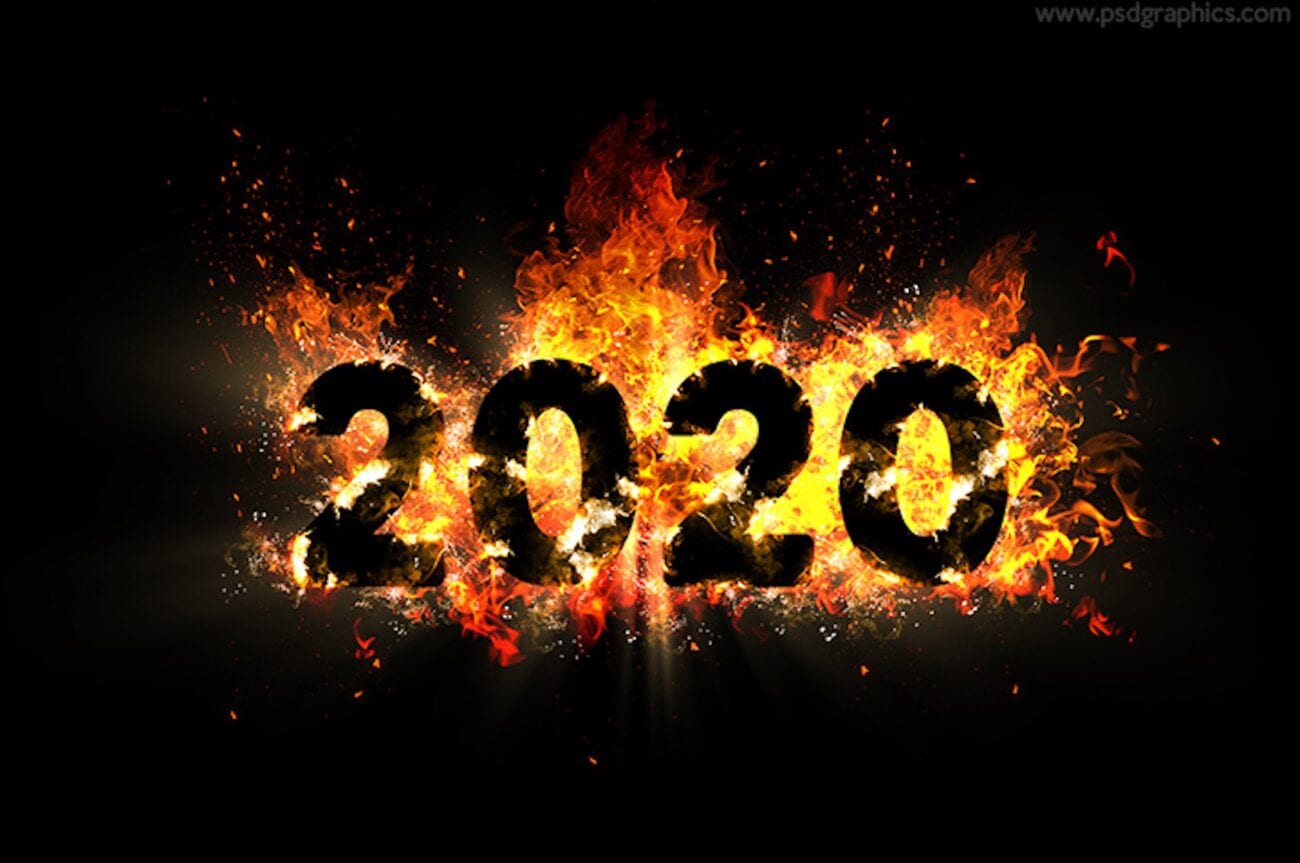 The year 2020 has been crazy from the very start. On the second day of the year, we heard rumors of World War III starting. There was literally no time to sit and take in what was happening before something even crazier went down. It’s been a long year and it still isn’t over. I honestly forgot that most of what took place this year happened only a few months ago and not years ago. With all that being said, let’s reflect on some of the things that happened.

Everyone loves the start of a new year, especially when the last year was rough. The year 2019 was difficult for a lot of people and it was nice to finally see it end. We usually go into a new year with high hopes, new goals, and more motivation and this year was no different. The only difference between this year and any other is how unprepared we were for everything that would later take place. 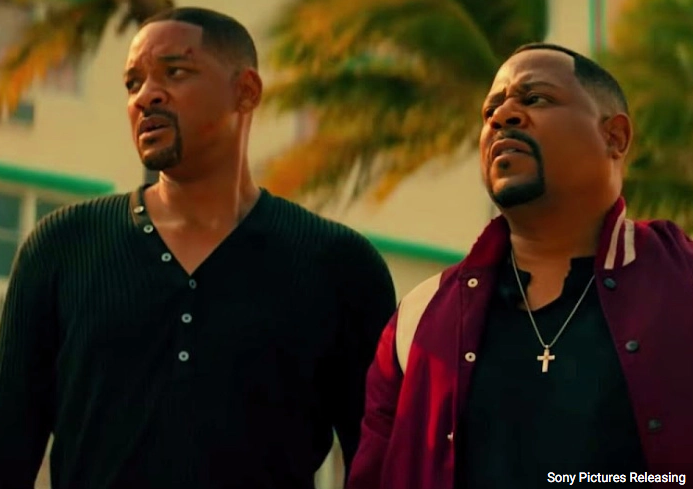 Martin Lawrence and Will Smith returned to the silver screen with the third and long awaited installment of the Bad Boys franchise. The movie was made on a budget of $90 million and earned a reported $426.5 million at the box office.

In Australia, wildfires continued to destroy millions of acres of land and harmed or killed more than a billion animals. Severe droughts brought upon this devastating disaster that caused people all over the world to donate money and spread information about these wildfires.

The news of COVID-19 began making waves back in December 2019 but wasn’t really taken seriously in places outside of China until 2020 rolled around. More and more news coverage and research was being done on the virus, instilling fear in people worldwide. It was at this point that the numbers of confirmed cases started to shoot up around the world.

It was at this point that I knew 2020 was going to be merciless. The death of former NBA player Kobe Bryant and his daughter Gianna (Gigi) caught everyone off guard. There’s no real way to prepare to hear terrible news like that, but it left everybody completely shook. Those who played with Kobe along with fans and loved ones all mourned this tragic loss.

After all of the bad that happened in the year’s first month, this was something to look forward to. Both Jennifer Lopez and Shakira rocked the stage at the 2020 Super Bowl Halftime Show. It was a big deal to have Latina women headlining such a big event, especially considering the state of the world and how minorities are treated.

One of the highlights of the year was having the NBA’s top athletes in town to compete for bragging rights between the East and the West during the 2020 All-Star Game. The West (Team Lebron) ended up beating the East (Team Giannis) 157-155. The main event took place at the United Center but pop-up activities were held at Navy Pier and all over the city, along with celebrity parties and meet & greets.

Speaking of minority representation, having SZA, Meg, and Normani on the cover of Rolling Stone for the month of March was also a huge deal. These three Black women, all in the music industry, have different looks and musical styles, but one thing they all have in common is how talented they are. It was nice to see a group of Black women on the front cover for everyone to notice and appreciate.

Despite the fact that it’s 2020 and this is something that should’ve been passed before many of us were even born or thought of, I appreciate the fact that it was finally done. Better late than never, I suppose.

Donald Trump’s presidency definitely hasn’t given the best results and it’s been a long four years. At this point, nothing that he says or does surprises me anymore. At the beginning of February he was acquitted of two impeachment charges.

*Mercury was in Retrograde (February 17th)

As if the year wasn’t already off to a rocky enough start, Mercury’s retrograde began. During this time, communication issues and technology issues are very common, considering the planet Mercury is the planet that has power over all communications. It definitely shook the year up even more for many of us.

Pop Smoke’s death is another tragic death that no one could’ve seen coming or prepared for. It was so unexpected. The 20-year-old rapper was just beginning to become more known in the rap community and reach great success when he was shot and killed in Hollywood Hills.

In what is considered a hate crime, Ahmaud Arbery, 25, was pursued and fatally shot while out on a jog in Glynn County, GA. Arbery was followed by two pickup trucks. The killing made national news and was recorded on video by one of the men.

This was the start of the virus really affecting the U.S. and it’s only been downhill from here. Since the first American death from COVID, there have been over 275,000 more and the numbers are continuing to climb.

There’s almost nothing that good, new music can’t fix. Jhené Aiko’s music is always a vibe and just plain relaxing. It was definitely something we needed as the year began to spiral out of control. It was the first album she had released in the last three years and we were all happy to hear it.

We’d last got new music from The Weeknd two years ago but nobody can ever get enough of it. He just has a way of expressing his feelings through music and making it catchy and relatable. This album was something that brightened up the year a little.

To give the world a pick-me-up, DNice threw a virtual party on IG by spinning a mix of old school and new school favorites. Music lovers of all kinds, including well known celebrities like Michelle Obama and Oprah, left messages to check in and give shout-outs during the live sessions. The party was just the beginning of what now has become a regular thing.

In the early days of COVID the public was sorely misinformed about how the virus could spread from person to person. During an interview, Dr. Fauci, director of the National Institute of Allergy and Infectious Diseases (NIAID), said “there’s no reason to be walking around with a mask.” Fauci said he made this statement because of the lack of PPE for hospital workers. He later urged the public to wear masks and to practice social distancing.

This was one of the most heartbreaking and horrible incidents to happen this year. Breonna Taylor, a 26-year-old EMT, was killed in her home by Louisville Metro Police in March of this year. The police went into her home, the wrong home, without announcing themselves and aimlessly fired into the apartment after Taylor’s boyfriend shot at them not knowing who was entering their home uninvited. This tragedy didn’t make national news until weeks after it took place and she still hasn’t received the justice she deserves.

This completely caught me and probably everyone else off guard. CPS students were told that we would be at home for two weeks before returning to in-person learning, but Ms. Rona had other plans. We never actually went back to school and no one has any real idea of when the traditional ways of learning will return.

One thing that we can all look forward to is the Olympics happening every four years. Not this year though. Due to COVID-19, this year’s Olympic games were postponed. It’s rare for postponements and cancellations to happen when it comes to the Olympics. The only times that it has been canceled was during WWI and WWII.

Fans were happy to hear the release of Juice Wrld’s new single “Righteous”. The rapper died back in December of 2019 of an accidental drug overdose. According to CNN, the family debuted the single that was recorded from his home studio in Los Angeles.

The World Is Slowing Down

Being on quarantine forced the world to slow down. Family members began spending more time with each other and lots of people began forming new creative habits they may have ever considered. There have even been reports of declining pollution in heavy populated cities.

The list of questions about COVID-19 just keeps getting longer and longer.  Experts presumed that these asymptomatic people were contributing to the spread of the virus in a major way.

In only four months the state of this country and the rest of the world was flipped upside down. The first few months of this year were crazier than anything I’ve ever seen in my 19 years of living. It’s hard to believe, but the year only continued to progressively get worse, but I’ll tell you more about that in part two. 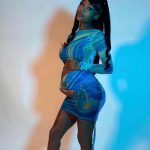 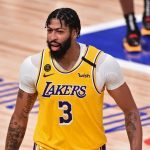