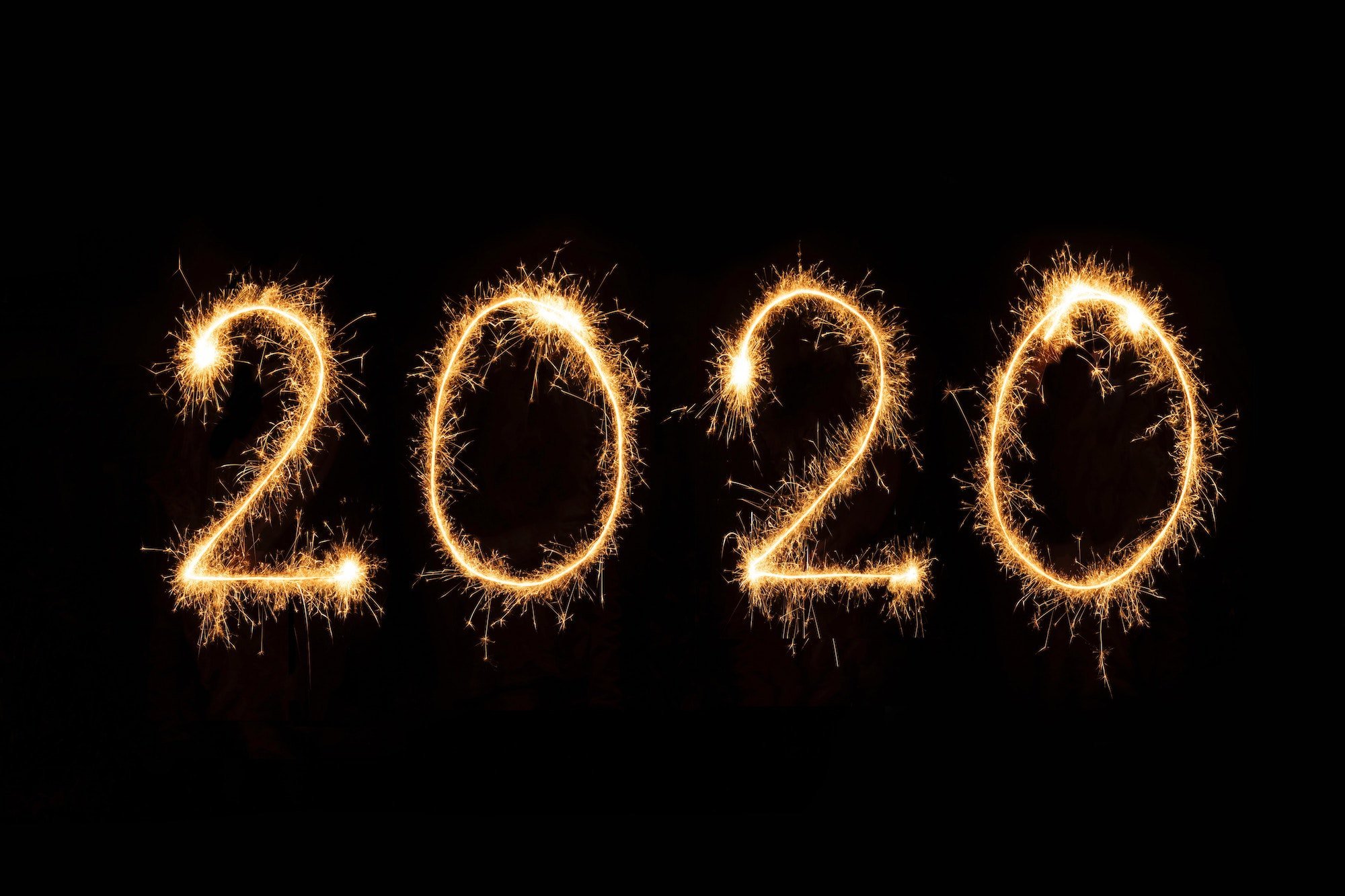 And we’re back! If you haven’t already, you should probably go check out part one of this series before continuing. Now it’s time to talk about the second installment of the year and all of the good and chaos that it brought. Let’s get into it.

*G Herbo Gives Back to Jail Inmates (May 14th)

It’s always nice to see artists giving back to their cities, especially when those artists are from Chicago. In May G Herbo donated 20,000 face masks to Cook County Jail. The jail had seen a large spike in confirmed cases and this good deed came right in time.

After the school year we had, it was nice to see people trying to be understanding of our struggles and frustration. Many celebrities were a part of virtual commencements for the class of 2020. Barack and Michelle Obama even showed support and sympathy for this year’s graduates.

In the highly viewed video that surfaced on social media, George Floyd was seen laying on the ground with the knee of officer Derek Chauvin pressed into his neck. The video displayed the agony  Floyd endured in his last minutes. This situation caused worldwide protests to emerge.

Shortly after George Floyd’s death, protests popped up all across the country. Chicago was one of the cities to participate. Rioting and looting followed. Due to the negative behavior and the destruction caused, Chicago Mayor Lori Lightfoot set a curfew for the city. In setting this curfew, bridges were raised and the service for CTA buses and trains was temporarily stopped each night.

No one could have told me that I would physically be in high school for the last time in March. I honestly still don’t believe that high school just abruptly ended in the way that it did. Not only did we lose graduation, but we lost every other senior activity along with that. The picnics, class trips, luncheon, and everything else were gone with the wind on that day in March that we went into quarantine.

Like I said in part one, music is the one good thing that we’ve seen consistently in 2020. This second studio album from Chloe x Halle featured approximately 37 minutes of pure heaven from the beautiful voices of the sisters. My personal favorite song is “Warrior” which was featured in the movie A Wrinkle in Time.

After three months of dealing with the most stressful and chaotic school year we all ever had, it was finally over. How the following school year would go were still up in the air, but it was good to finally get a break from school. The stress from March to June was completely overwhelming and crazy, but getting to the summer let off a huge load of stress.

The protests and riots from the previous month continued. Looting was a big topic of conversation on social media with many arguing different thoughts on the issue. In Chicago, the looting began downtown but moved into the south and west sides. Many of the stores that were looted were shut down for months before they reopened. Others never reopened and will be closed permanently.

Even though it’s not the ideal way to graduate and celebrate, this year virtual and socially distanced graduations were encouraged and embraced. If times were different, of course, we wouldn’t have chosen these options, but they’re definitely better than not getting a graduation at all.

Mercury was in retrograde…again (June 18th)

Whether you believe in all of the astrology things or not, you can’t deny that when Mercury is in retrograde things go completely wrong. Well, June gave us another retrograde for 2020, as if the year wasn’t already going bad enough.

Everyone was happy to be able to join friends and family in places outside of their homes after the long shutdowns and restrictions. Illinois had reached phase 4 and restrictions placed on locations such as restaurants, stores, and parks we’re slightly lifted. Though social distancing was expected, it was nice to have a little hope that things were getting better.

If you know me, you know Juice WRLD is one of my favorite artists of all time. His death came as a complete surprise last December. I’m glad that his family and team made the decisions to continue to release Juice WRLD’s music.

Things were starting to look up when Mercury’s retrograde ended. It’s always good to know when you’re coming out of a tough time.

It was so odd to not watch the playoffs in June with my family like we did every year prior. I was excited to see that the NBA season resumed after months of it being pushed back due to COVID.

Beyoncé truly showed the world how much of a boss she was with the release of the movie/music video Black is King. The project was a stunning visual companion piece to her album The Lion King: The Gift created for Disney’s live action movie The Lion King. Once again, Beyoncé gave us another reason to take pride in being Black.

*The Karens Show Out (July 6th)

White women who use their White privilege to demand that they get their way have been around since the beginning of time. More and more their bad acts are being caught on camera. One incident happened this summer when a birdwatcher, Christian Cooper, asked Amy Cooper (no relation), to put her dog on a leash. She refused and called the police claiming that a Black man was attacking her. Christian recorded it all on his phone. The video went viral.

This entire situation was just upsetting. The thing that made it worse was the fact that Tory Lanez denied being a part of the entire incident when all of the evidence points back to him. Social media somehow didn’t fault Lanez but made fun of Meg instead.

Breonna Taylor’s death at the beginning of the year caused protests. These protests went on for months. Celebrities were involved in many of these protests including Cordae and Trae Tha Truth who were arrested and released shortly after.

President-elect Joe Bidden announced that Kamala Harris was his running mate. Do you understand how huge of a deal it is to have a woman as vice-president? Even more importantly, she’s a BLACK woman. That’s unheard of. This was definitely a highlight of 2020.

Jacob Blake’s shooting sparked outrage all over the country. Professional athletes in the NBA, WNBA, NFL, MLB, and more protested by wearing shirts with the names of Black people who have been injured or killed by the police for no reason. Games were also postponed due to players refusing to play.

When riots restarted due to the shooting of a man in Englewood, areas in downtown Chicago were attacked again. Unfortunately, the South Side was hit again too. This prolonged when many stores would reopen (if they opened at all). Definitely a low point in the year.

In this situation, police were called to break up a domestic dispute. Jacob Blake was trying to break it up before police arrived but was unfortunately shot by police. This shooting paralyzed Blake from the waist down and after over a month, he was finally released from the hospital and was going to a rehab center.

Following the Jacob Blake police shooting, protests came back in large numbers. Kyle Rittenhouse a 17-year-old teenager from Illinois, went to Kenosha, WI, where the Blake shooting took place. While at these protests, Rittenhouse had an assault rifle and shot three people, killing two of them. In the end money was raised for him by the public to get him out of jail. 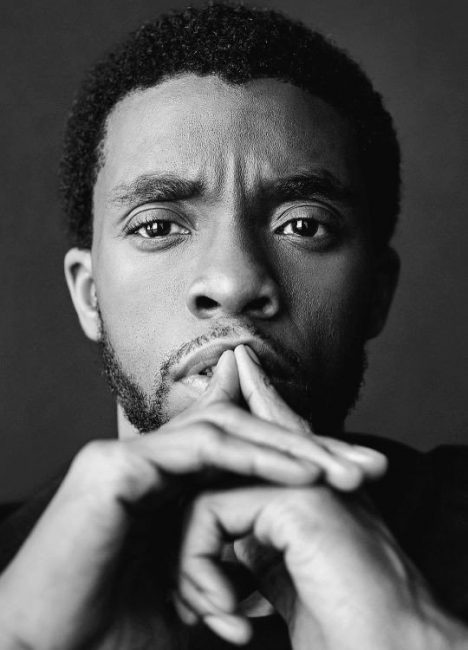 Out of all the celebrity deaths, next to Kobe and Gigi, this one hurt the most. Chadwick Boseman’s death was so sudden. It wasn’t revealed to the public that he suffered from cancer until after he had already passed. It makes me sad to know that in some of his more recent movies, he was suffering and in pain due to his illness. One thing that did make me feel better was that T’Challa in Black Panther wouldn’t be recast in the Marvel movie. No one could be a better T’Challa than Boseman.

Like I said in part one, as unbelievable as it is, the year only continued to get worse, even from this point. Death, increasing numbers of confirmed cases, remote learning, and every other bad thing up to now. The most important part is to reflect on the positive and understand that even though things may not look good at the moment, it won’t be this way forever. Tune in to part three to reflect on the good, bad, and ugly from the end of the year until the present.