You know those “crazy” people you see in the movies on the street preaching to everyone “the end is near” because of aliens? Well, they are winning today.

On Tuesday, a House Intelligence subcommittee held the first congressional hearing on UFOs in more than 50 years to address UFOs (unidentified flying objects) as something to be investigated and taken seriously as a potential threat to national security.

If you didn’t watch the hearing, trust me, it’s okay. Here are three things you must know.

In a report released last year, the Office of the Director of National Intelligence found 144 unexplained UAP (unidentified aerial phenomena) encounters from 2004 to 2021.

On Tuesday, the Deputy Director of Naval Intelligence Scott Bray said the number of reported UAP encounters has since climbed to about 400. Also noting, some of the encounters were historical or anecdotal, and he expects the number to drop over time.

The Pentagon also, on Tuesday, declassified a video of an unexplained UAP encounter, showing a pilot at a U.S. Navy training base encountering a peculiar spherical object passing by at an exceedingly high rate.

Rep. Rick Crawford (R-Ark.) also warned of potentially dangerous implications for Americans, especially if any UAPs were a “technical surprise” from foreign nations.

“The intelligence community has a serious duty to our taxpayers to prevent potential adversaries, such as China and Russia, from surprising us with unforeseen technologies,” Crawford said.

*The Pentagon plans to be more transparent with declassifying information

Carson pressed both Bray and Moultrie repeatedly on whether they would seek to be more transparent with the public than the Pentagon has in the past, citing previous programs that he noted were shrouded in secrecy.

Both Bray and Moultrie said they were committed to being as transparent as possible, explaining they would declassify information when it does not pose a national security risk and if it is under their purview to do so.

Moultrie said in the past three or four months, the Pentagon has “disclosed more information on various events than it has in the previous 10 years.”

“You have our commitment to work closely with the director of national intelligence,” he said, “to make sure we can get whatever information we can out to the American people.” 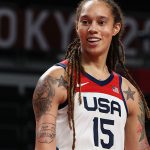 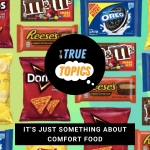