Netflix recently announced the release date for the second season of “Selena: The Series”. If you haven’t read, it go check out my review of season one here. The series takes an in-depth look at the Tejano superstar’s struggle and eventual rise to fame with her family. The first season didn’t exactly fly well with critics who believed that the show wasn’t giving fans a true look at who Selena was as a person outside of the powerhouse performer she was on stage. Additionally, other issues such as casting choices and custom designs were brought up. But enough of that. Let’s jump into what will come with season two.

As I mentioned in my season 1 review, I enjoyed the in-depth looks we got into some of the less known songs in Selena’s discography and I hope to see the same thing in this upcoming season. The trailer opens with clips of Serratos in recreations of some of Selena’s most iconic fits and then fades to Selena being interviewed where she is asked, “When you’re gone how do you want to be remembered?” (FYI: This actually happened during a 1993 interview). This season also focuses heavily on Selena’s rise to stardom within America. She’s given the opportunity to do a crossover album into the English market by her record label Capitol EMI Latin. The only problem is that Selena would be taken solo and therefore her family, who’s also her band, won’t be involved. This would be a first, considering that Selena had been performing with her family since she was 9.

We get clips of Serratos replicating Selena’s iconic Houston Astrodome performance of 1995. There’s even a clip of a young Black girl and her mother outside of a mall. When the mother asks, “Who’s that?’ the young girl says, “Selena” (for reference this is referring to the time that Beyonce met Selena before she herself was famous at the Galleria Mall in Texas).

From the looks of it, viewers will be getting some of the more well-known songs, outfits, and storylines but, there will still be deep dives into Selena and her family’s personal life. While we know how the story ends, we hope that newcomers will walk away remembering the Queen of Tejano. The second season premieres on May 4th on Netflix. Will you be tuning in? 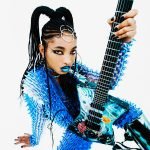 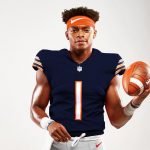