Patrick Beverley earned the reputation of being a feisty and pesky defensive player in the NBA, and he has no shortage of moments where he tried to get under an opponent’s skin. Now comfortably at home watching the NBA Playoffs without him, Pat Bev unleashed some high-level hate towards sworn enemy Chris Paul, and Twitter can’t seem to get enough of it.

Pat Bev sat down on Monday with ESPN’s Get Up program and got into some testy back and forth with Stephen A. Smith after referring to Paul, an All-Star point guard and a shoo-in for the Basketball Hall of Fame, as a “cone” as in “traffic cone” after suggesting he’s unable to guard anyone in the league.

“CP can’t guard nobody man. Everybody in the NBA know that. … He’s a cone. … Give him the Ben Simmons slander.”

“CP can’t guard nobody man. Everybody in the NBA know that,” Beverley said, adding, “Like in the summertime, you got a [traffic] cone. You make a move, and what does the cone do? He’s a cone. Stop playin’ man.”

J.J. Redick also tried to offer perspective during the exchanges but like his stout defense on the hardwood, Pat Bev was not to be easily moved. In the end, it appears that whatever old beef that began after Beverely shoved Paul in the back after the conclusion of the 2021 Western Conference Finals with the Suns advancing and the Los Angeles Clippers going home.

"They benched the wrong person. They should've benched Chris."

Matt Barnes called out Beverley and essentially referred to him as a role player that nobody will remember once he leaves the game. In fairness, Barnes put himself in that same category and spoke from the position of showing respect for CP3 and his greatness.

Beverley, who was a guest on Redick’s podcast, explained earlier this year that he and CP3’s rivalry extends back to when the pair were players in high school and the beef naturally spilled over to the NBA. However, it seems like Beverley’s immense hate for Paul was new to many basketball fans and the reactions are taking note. 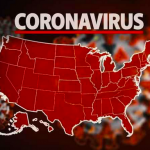 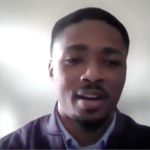