All of those people who raided the the Capitol building, aka domestic terrorists, may have thought they could get away with their actions without consequences. Now that the dust has settled a bit, many of them are finding out that there are actually repercussions to their actions. Here are just a few.

The number of individuals that have been arrested and charged in federal court for their actions keeps growing by the day. In addition to those who have been charged, complaints have been submitted and investigations are ongoing and are expected to last all year. To see a full list of names and charges visit www.justice.gov.

Videos of belligerent passengers at airports, some still rocking pro-Trump outfits, being forced off planes, or denied boarding by airport officials, are spreading widely on social media. The culprits were actually shocked when they learned the hard way that they couldn’t just trash a government building and fly home with no problem.

As images and social media posts of the insurrection circulate online, more and more of those who were present are being identified. Many reports are beginning to surface across the nation about riot participants being fired from their jobs or losing business because of their actions.

If these criminals are charged with a federal crime they could very well lose their right to vote. How ironic is that, especially when one of the reasons many of them were in D.C. was to stop the ceremonial counting of electoral votes to confirm President-elect Joe Biden’s win. The voting rights for those with a past felony vary by state.

There were five people that died during this terrible event. A police officer was beaten with a fire extinguisher, a rioter was shot, and three others died during the rampage—some from what the authorities called “medical emergencies.” They all suffered the fate because of one man–President  Trump. Chances are that someone will pay for their deaths. 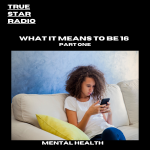 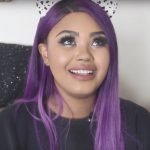