Kayla Brianna is the bright new voice of the next generation of music who is also multi-talented. During Freshman and sophomore year she played basketball and the piano. She has a unique sense of style which shows that she has a passion for fashion. She has an impeccable voice as she steps into the spotlight of music. Kayla has been singing since she was six or seven years old. She is now recording her debut album, which should premiere late this year. She is supported by many people that includes: Kobe Bryant, George Lopez, Ice Cube, and Chris Rock, but her BIGGEST supporter is her father Kenny Smith, retired NBA player.

1. Who exactly is Kayla Brianna? Describe your personality.

â€œShe loves music, to perform, and inspire. I inspire people through my music. Iâ€™m always inspiring them to get back on their feet.â€

2. Youâ€™re going on tour with Mindless Behavior .What are some of the emotions that you have towards that?

â€œIâ€™m so excited. Iâ€™m the only girl. So itâ€™s like I have to prove myself. People on Twitter ask me, â€œWho are you?â€ I tell them youâ€™ll know me after this tour. I have rehearsals and I keep practicing my sounds. I imagine if I was in the audience what would I want to see, and Iâ€™m trying to go by that.â€

3. What do you think makes your music different from any other artists?

â€œI think a lot about the older generation of music. Iâ€™m adding a new sound to this generation. Iâ€™m just putting my own flavor on their music.â€

4. I read that your influences are Brandy, Keri Hilson, and Aaliyah. How do they help influence your music?

â€œI like Brandyâ€™s tone, lyrics, and harmony put together. It is the same for Aaliyah and Keri. I love the way Beyonce performs as well. Iâ€™m learning from them all.â€

2. In the next 5 years, where exactly do you see yourself?

â€œI want to have my own fashion line. Every girl wants that. I want my name to be a household name for my music. I also want to do some acting.â€

Tickets are on sale for Kayla Brianna and Mindless Behavior’s tour at ticketmaster.com. They will be in Chicago on July 28th. Kayla Brianna also would like to work with Frank Ocean. She loves his songs and the way he writes. Check out Kayla singing Frank Ocean’s song, Thinkin Bout You, below. She can really sing guys. So def show her support on Twitter, @kaylabriannax, as well! 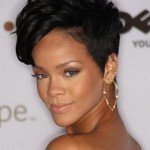