Since we’ve gotten New Year’s parties out of the way, the next big thing is to set goals for the next 12 months. I’m sure you’ve set a New Year’s resolution at least once in your life — to get healthier, to get an A in class, to be promoted at work. New year goals are always beneficial to have, as they keep you prepared and on top of the year, but more often than not many people fail at meeting these goals.

So, why is it so hard to keep New Year’s goals going? Hopefully these five tips will help you finally manifest your goal.

The most important first step is to know exactly what your goal is. New Year’s resolutions often fail because people are too broad in what they want. When goals are broad, they feel harder to accomplish, and we lose focus on what we really want. So, instead of saying, “I want to lose weight,” say, “I want to go to the gym twice a week.” Or, instead of “I want to get better grades,” say, “I want to keep up a 90% in math class.”

It’s also important to know why you really want to accomplish that goal in the first place. Bre Brown, a life coach who runs the blog Modern Manifestation, says in her New Year’s Resolution steps that knowing why we want to set a goal is the best way to feel less willing to give up.

When you ask yourself “Why do I want this?”, you’re getting to the core of what you really want, and making sure that the goal resonates with you personally and emotionally. Brown says, “If they’re too superficial or shallow, it’s not going to be very hard to give up when the first set of obstacles come up.”

Creating micro goals is a way to keep check of your progress. Instead of having one major goal for the entire year, you can break it down into monthly or weekly goals.

Dr. Lama Bazzi, a psychiatrist in private practice in New York City, spoke with Fox News Digital and the NY Post on why New Year’s resolutions often fail. “I am far more likely to succeed if I plan for the change in routine and implement ‘fail safes’ to ensure I succeed along the way,” Bazzi said.

Micro goals can be these fail safes. This lets you keep track of what you’re doing right, what you need to be doing, and ultimately feel accomplished for the small goals as motivation for the larger one.

“For example, before I change my routine, I would obtain a gym membership and elicit the support of friends, family, and coworkers.” Bazzi added. These micro goals that Bazzi suggests, getting a gym membership and having support, are all steps that make it easier to accomplish the full goal of becoming healthier.

Write Down What You Want

A simple step is to write down your goal. Put it in a place you look at often, such as your desk at school or work, or in your bedroom, or even on the bathroom mirror. Writing down your goal helps you remember it better, and when you see that sticky note every day, it’ll remind you to work hard at your goals. You’ll be more willing to do so. Instead of your goal just sitting in the back of your head as a hypothetical, you’ll now have something physical to aid you and you can consider your goals as checking off a box.

Allow Your Goal to Change

A year is a long time – 12 months, 52 weeks, 365 days. As your experiences change, we meet new people, we get new jobs, our goals change. So don’t feel like your New Year’s goal needs to stay the same the entire time. Allowing it to change can help you feel like you’re able to accomplish it easier.

Maybe you want to get an A in class, but you’re moving soon, and are busy with the process let alone schoolwork. That’s okay! Let your goal change to get a B+ instead. You might feel like this is a copout, but try to remember to be kind to yourself with your goals, and that they should be helping you, not dragging you down. A smaller win is still a win. 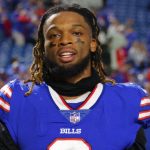 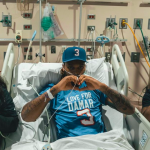