I am a huge fan of theater. When I found out there was to be a reboot of Matilda, but instead of a film it would be a musical, I couldn’t wait to watch it. If you are looking for a movie to enjoy with your family be sure to check this one out.

Matilda the Musical released in select theaters on December 9th, followed by a streaming release on December 22nd. Based on Tim Minchin’s stage musical, the musical was filmed in Ireland, directed by Tony award winning Matthew Warchus. The main cast include Alisha Weir playing Matilda, Stephen Graham and Andrea Riseborough play Matilda’s parents Mr. and Mrs. Wormwood, Mrs. Phelps is played by stand-up comedian Sindhu Vee, Bruce Bogtrotter is played by Charlie Hodson, the notorious Ms. Trumbull is played by Emma Thompson,  and Miss Honey is played by Lashana Lynch who recently acted in the film Woman King. In the musical we are introduced to two new characters – Magnus the escapologist played by Carl Spencer, and the miracle mother played by Jemma Geanaus. One thing that I really appreciated about this version of the story was the diversity of the main cast.

The Musical takes a slight detour and deepens the storyline for Ms.Honey’s parents. As the movie progresses Matilda tells the story of two daring circus members that prepare to perform the most dangerous act of all, but a bundle of joy is set to arrive that may cause a change of plans. The act is thriving until it wasn’t, but who sabotages the act?

The version was amazing. I give it a 10/10 and highly  recommend it to anyone who enjoys happy endings, musicals, or a hint of a mystery. This version adds a new component to the story, including moments of suspense and mystery. Me and my family’s favorite part was the final dance break. As a dancer I am biased, but the choreography is amazing and is currently trending on TikTok. The head choreographer was London based Tony & Olivier nominated choreographer, Ellen Kane.

You can watch the musical now on Netflix. Let me know what you think about it! 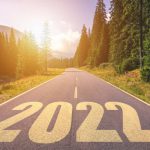 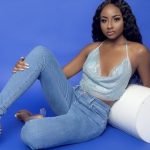