As we approach the 20th anniversary of the 9/11 attacks, I’d like to bring attention to one victim of the horrible tragedy. Not the crumbling buildings, not the ash covered people, not the lasting impact that day had. Just one person: The Falling Man.

During the 9/11 Twin Tower attacks, photographer Richard Drew was able to capture an image that would still be talked about 20 years after it was taken. He captured the photo of a man falling from the North Tower perfectly vertical. The photo was later named “The Falling Man” due to its visual. The identity of the man is still unknown.

After the planes hit the towers, there were huge holes that pulled people out. Along with those pulled out were people who jumped out to avoid dying from smoke inhalation, burning, and falling with the building. The Falling Man was one of them. He just so happened to be one who was photographed.

The day after the attacks, this photo was displayed in many newspapers. Many felt that the visual was controversial and disturbing while others thought that the photo was a beautiful and mesmerizing piece that painted a picture that words alone could not.

Out of context, this photo doesn’t give you much to think about. Knowing the background of the photo and understanding that “The Falling Man” was jumping to his death makes the photo a little harder to view.

When tragedies happen to numerous people, they tend to lose their identity. They’re thought of as the group that tragedy happened to, not as the individuals that suffer a terrible fate. This photo makes people more aware of the fact that those who died that day all had their own identities. They were more than just the people who died on 9/11. They were people who had first and last names, friends and families that they left behind.

I wasn’t born until 17 days later, but the tragic attack is so heavily spoken about that I felt like I witnessed it with my own eyes. Sometimes, it’s overwhelming to think that such chaos has happened and continues to have lasting effects on victims and their families. 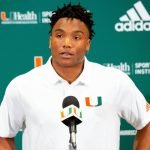 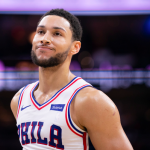