Prom is a topic of discussion that seniors love to rave about. Because of the pandemic, last year countless teens had to miss out on this milestone, which is easily one of the best moments of the high school experience. Even though the world is beginning to open back up, for many teens, the traditional prom, unfortunately, is still a no-go.

Instead of cancelling prom altogether, my school decided to have a sneaker ball and luncheon, where students dressed up and wore sneakers. It was a very relaxing environment. With everything being virtual, we can sometimes tend to overlook how people can interact with each other in person. At our school we have a few new teachers so it was great to see the faces in person that we only saw on the screen.

As announcements and awards were passed around, lots of laughter and joy filled the space. For me, one of the biggest highlights of the event was being named valedictorian.

As I watched my classmates have a good time, I began to realize, you never really appreciate something until the time is up. High school is another short period in your life before adulthood. Those four years may be dreadful at the time, but they go by very quickly. Before COVID, the majority of us would always push our priorities into the next day by saying stuff like “maybe later” or “nah, not right now.” Now more than ever, we know that every day is a new day to do something, so take advantage of it and be great.

Attending this last high school event before my graduation made me reflect on these past four years. There have been trials and tribulations, tiring nights, the development of my career as an athlete and writer and everything leading up to now. None of my successes would’ve been accomplished without my belief in God. He’s the one I give all the glory to, guiding my every step.

From here on out, the sky is the limit. 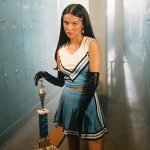 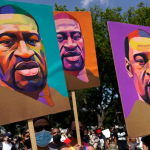