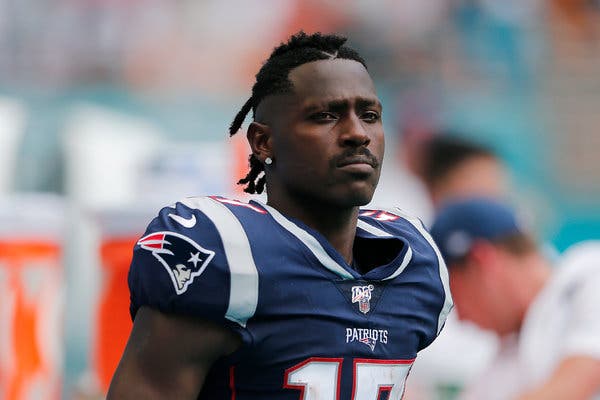 The football gods have decided to smile upon us once more, for Antonio Brown is no longer in the NFL! Parity and balance have been restored to the NFL, while giving us a chance to feast on the endless drama that has been Brown’s life for the last 10 months. From multiple women coming out against him for sexual assault, to attacking NFL owners and players, Brown has truly solidified himself as a self-centered diva. Recently, Brown tweeted about his release from the NFL:

Will not be playing in the @NFL anymore these owners can cancel deals do whatever they want at anytime we will see if the @NFLPA hold them accountable sad they can just void guarantees anytime going on 40m 2 months will see if they pay up !

Before his second game as a Patriot, and only 11 days as a Patriot, he got cut from the team. Anyone with a good knowledge of the Patriots knows that this is a huge and unexpected cut. For starters, the Patriots have a reputation of taking players with offseason issues and turning them around, most famously Randy Moss and most recently Josh Gordon. Secondly, the Patriots haven’t had a talented receiver like Brown since they acquired Moss for the 2007 season, so them cutting Brown is a huge hit to Tom Brady’s receiving core, even if he was only there for 11 days. The cutting of Brown is well deserved, however, as well as his “guaranteed” money being voided. Robert Kraft, the Patriots owner, along will Bill Belichick, both decided that they would be better off without the distraction of a toxic presence.

Some people, myself included, believe that something may be mentally wrong with Brown due to his self-damaging actions. Many would agree that the drama is a bad thing for him, and for good reason, but at least the fans have the chance to distract themselves from the fact that several major injuries have occurred throughout the NFL.

Despite Brown’s tweet, I believe that he’ll eventually come back to football, but not in the near future. ESPN recently reported that Brown may be using his time off to go back to school at Central Michigan University. Once he gets his head right, he’ll likely try to get an NFL job again. Do you think he’ll come back to the NFL? Or will his toxic personality, charges, and his tendency to attack NFL players, staff, and owners be too much for him to ever make a comeback?