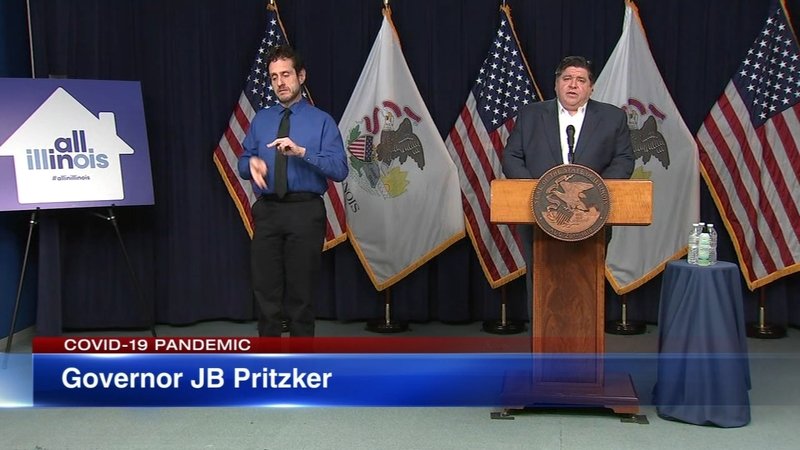 At this point, I know everyone is tired of being at home and away from their friends and family, but social distancing has been proving to be somewhat successful. Governor J.B. Pritzker recently  announced that the state has made progress. “Our rate of rise is looking less and less exponential, that indicates to us that we are in fact bending the curve, there is even some evidence that we may be moving towards a flatter curve,” said Pritzker according to WGN9. Though new cases of COVID-19 are still being reported, we’re taking a step in the right direction.

This doesn’t mean that when the stay-at-home order is lifted we should jump back into having functions with large crowds because we’ll be backtracking. Seeing as there still isn’t a vaccine, by being in large groups you’d still be putting yourself and others at risk. Because of this, many gatherings with large groups such as Lollapalooza and even Fourth of July celebrations will be canceled.

Slowing the transmission rate and flattening the curve. That’s how we beat #COVID19.

And because our residents continue to step up in the face of adversity, our city is able to continue to fight this disease effectively. https://t.co/jPUdaRJZKX pic.twitter.com/vytByGGJg2

Both Chicago Mayor Lori Lightfoot and Governor Pritzker have said that there is still a chance that the stay-at-home order will be extended. “I think that’s going to be difficult for us to say April 30th everything [opens] up. I don’t expect that to happen. I think it will extend beyond that,” says Lightfoot according to Fox32 News. Even though numbers of reported cases and deaths stemming from COVID-19 have been decreasing, government officials don’t want to open things back up too early and run the risk of infecting large numbers of people.

NBC News reported that data from Rush University Medical Center showed the “doubling rate” was at 2.1 days in the early days of the pandemic in Illinois. As of Sunday, Governor Pritzker said that number has increased to a doubling in cases every 8.2 days.

Staying at home hasn’t been the most fun for anyone, but as we can see, our efforts are beginning to pay off. This is the gleam of positivity we’ve been waiting to see and things will only continue to improve if everyone keeps following the stay-at-home order and practicing social distancing. Oh, and wash your hands.