What a way to kick off the weekend! Last night I had a blast at the 60th Anniversary of the Recording Academy Chicago Chapter with GRAMMY® Legacies and Looking Ahead. I got to see so many legends like Eighth Blackbird, Karim Sulayman, Valebol, and Chicago’s own J. Ivy, Tarrey Torre and Jamila Woods! The event, presented by the Chicago Department of Cultural Affairs and Special Events, served as the final concert of the Millennium Park Summer Series.

Before things kicked off, I got a chance to talk to J. Ivy about his future plans and how he got started. One of the highlights of our conversation was the story of how he found out music and words were his passion. J. Ivy said, “I was in class and my teacher made us do an assignment for homework. The assignment was to write a poem. I just wrote anything, it was just a silly little poem. I come to class and she makes everyone read their poem in front of the class, then after class she gives me an A. I wasn’t getting no A’s, so I’m like, ‘Oh what’s this?’” After that J. Ivy said his teacher made him perform at a talent show and it was what he called “life changing.” I felt so inspired by his story. He’s very down to earth and humble.

Throughout the night we heard different artists do their thing, but my favorite performances by far was the first performance by Valebol. This two-member group, made up of best friends Vivian McConnell and Daniel Villarreal, had my full attention because I was in awe of their ability to play multiple instruments at once to deliver an organic sound. I also really liked McConnell’s voice because it was peaceful and unique. J. Ivy’s performance was one that I truly enjoyed as well. His words were motivational and powerful and I could relate to everything he was saying. He was accompanied by Chicago singer Tarrey Torre.

The Chicago Chapter of the Recording Academy has been working for 60 years to build, engage and serve the music community across all genres. While maybe most well-known for blues and jazz, the city boasts a much larger gamut of genre communities from rock to hip-hop to classical. In its history, Chi-town has boasted hundreds of GRAMMY nominees and winners, with many local artists on the horizon.

This was such a great event and I am so glad I was able to be a part of this magical night. 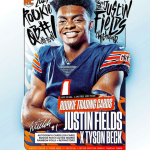 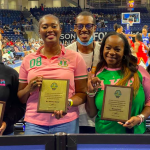