I had one of the best experiences of my life when I attended a MEFeater magazine release party for one of the most known social media stars today.

Jayda ‘Wayda’ Cheaves, “Waydamin,” is 23-years-old entrepreneur, Internet sensation, social media influencer, model, and YouTuber. She is also known as being the girlfriend and baby mother of Lil Baby. With over 6.1 millions fans on Instagram and an average of 500k+ likes on her photos, Cheaves’s fashion and social media influence has definitely impacted our upcoming generation.

MEFeater, Music Entertainment Fashion “Where The Culture and Fashion Meet”, magazine is a company that caters to young pop culture audiences. For the release of their 007 MEF Magazine release, they had Cheaves star on the cover. The event was absolutely gorgeous as CHeaves’s face and name was practically plastered on every wall, private sections decked out for when Cheaves arrived, an open bar, and the theme of the event was “Burlesque … but make it fashion.” As this event was one of my first celebrity events to get invited to, I knew that I had to “come correct or not at all.”

Although I’m finishing my last year of undergrad, I know that the field of entertainment and on-camera hosting is where I’ll thrive for my profession. So, after living on the West Coast and traveling back and forth between Las Vegas and Los Angeles pre-COVID, I decided to relocate to Atlanta before I officially graduated while completing my degree online. Atlanta is becoming known as the “Black Mecca” or “Black Hollywood” and I realized that there are numerous rising opportunities for young Black actors, entrepreneurs, models, singers, and more. Officially being in Atlanta for the past six months, things are already starting to manifest the way I envisioned for my career. This event was definitely one of the best experiences for networking and reporting on the behalf of my entertainment internship based in Los Angeles.

For the event, I was notified of my RSVP two days before it began. Can you imagine the stress I felt in anticipation of what I was going to wear? Let alone not being able to order anything because it was such short notice; but I knew that this was my moment and I couldn’t step less than what I needed to. So, I had a stylist for the event that completely captivated the true essence of classy and burlesque with a complete white ensemble. I wore a white corset off the shoulder top with dramatic puffs and a long train, white fitted trousers, and white lace up heels with a stunning red lip.

While taking pictures with Cheaves, she even complimented me on my fashion statement being one of the best that she’s seen of the night. After the event, I was also pleased to see that I had been photographed by numerous photographers and posted on the main Instagram of MEFeater magazine from the event.

It was definitely a night to remember. 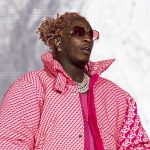 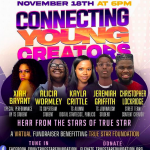