This trade was shocking because the Chicago Bulls finally decided to part ways with one their longest tenured players: Luol Deng. Deng had a career that was solid-if not spectacular-because he played hard every single night. He was very active in his philanthropic endeavors and was also a  gentleman on the court. The combination of his great on-the-court behavior and his caring nature outside of it won him the NBA’s Sportsmanship Award in 2007; he is the only foreign player to ever win the award.

While Deng’s off-the-court accomplishments are impressive, his on-court accomplishments should not be overlooked. In the Chicago Bulls record book Deng is in the top 10 in career points, steals, rebounds, blocks, and games played. He provided the Bulls with a stability that other teams envied for years. With Deng’s toughness and ability to play through injuries, the Bulls knew every night they could expect production from the small forward position.

Deng and the Bulls just couldn’t agree on a salary for his next contract. ESPN reports said that the Bulls were offering him around 10 million a year, and Deng (and his agent) felt he was worth more than that. My reasoning is that seeing as Deng is turning 29 soon, he is looking to get that last big payday that NBA veterans covet right before they get to the end of their career. And the Cleveland Cavaliers have a track record of over-paying for past-their prime veterans.

The thing most Bulls fans are worried about is how this trade is beneficial to us. I would like to clear up the confusion. The biggest reason the Bulls organization made this move was financial flexibility. By trading Deng and waiving Andrew Bynum the Bulls save $8.7 million in salary and $11.9 million in luxury tax payments. Not only does this move get the Bulls under the luxury tax threshold, but it gets the Bulls one move away from having enough cap-space for a top-tier free agent. This will also help the Bulls bring prized European prospect Nikola Mirotic over from Spain. But there is an underlying reason the Bulls moved Deng.

^ This video should help Bulls fans understand how valuable an asset the reigning ACB League MVP is.

That reason would be the depth in this year’s NBA Draft. Trading Deng makes the Bulls worse; being bad is the only way to secure a high draft pick. If the Bulls even sniff the lottery, they’ll have a chance at drafting a great player. The Bulls also got a few draft picks in this trade, but they do come with some stipulations. The Bulls will get the Kings’ pick if it falls outside the top 12 in 2014 or outside the top 10 picks in 2015, 2016 or 2017. The Bulls also received the 2015 and 2016 second-round picks the Portland Trail Blazers owed to the Cavs. And on top of all that the Bulls will be able to swap draft positions with the Cavs in 2015 as long as the Cavs’ draft pick is outside the top 14 picks. In the worst-case scenario the Bulls end up with a bunch of second round draft picks in exchange for Luol Deng; in the best-case scenario the Bulls end up with multiple draft picks in the loaded 2014 draft.

In the end disappointed Bulls fans should know that the team is looking towards the future, with an emphasis on getting another scorer to help Rose carry the load on offense. Whether it is through the draft, free-agency, or the development of a player already on the roster, the Bulls definitely put themselves in a position to improve quickly. So all Bulls fans need to appreciate Luol Deng for all he has done for the city of Chicago, and then find the patience to sit through what will probably be a tough season, and focus on the fact that the Bulls have a bright future. 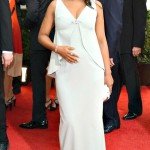 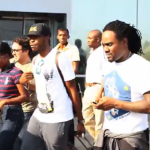