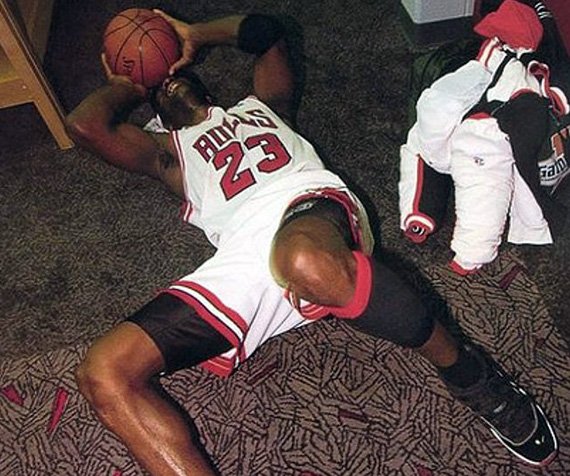 Tears. An emotion I did not expect to see from one of the greatest basketball legends of all time. ESPN’s “The Last Dance” documentary is revealing the true and vulnerable emotions of Michael Jordan’s career and what he often sacrificed to get there. Although Jordan was immensely respected for the way he played and dominated the game, there were some who weren’t  too “fond” of who he was.

Despite the having a reputation for being “tyrant” or an “asshole” for decades, Jordan offered no apologies. Instead, he explained his philosophy of what he wanted to live by and what he knew he needed to do. Throughout this meaningful moment of the episode, you can feel the passion and intensity that Jordan is trying to get the audience to understand during his monologue.

“Winning has a price,” said Jordan. “Leadership has a price. I pulled people along when they didn’t want to be pulled. I challenged people when they didn’t want to be challenged. I earned that right. My teammates who came after me didn’t endure all the things I endured. Once you join the team, you live with a certain standard of how I played the game. I wasn’t going to take anything less. If that means I have to get in your a– a little bit, then I did that. You can ask all my teammates: ‘One thing about Michael Jordan, he didn’t ask me to do one thing that he didn’t f—— do.’” Jordan continued, “When people see this, [they will think]: ‘Well, he wasn’t really a nice guy. He may have been a tyrant.’ No. That’s you. You never won anything. I wanted to win, but I wanted [my teammates] to win and be a part of that as well. I’m only doing it because it is who I am,” he said, seemingly revolted by any alternative. “That’s how I played the game. That was my mentality. If you don’t want to play that way, don’t play that way,” Jordan said.

I realized that this may have just been the best moment throughout the entire excellence of this documentary. After spilling his heart, Jordan asked for a “break” to turn the cameras off. It was at that time that we could finally see a sliver of an opening into the window of his soul; the emotion that overwhelmed him as he took us through the mindset that won the Bulls six championship rings. This is the very thing that makes him extraordinary.

Not only did Jordan have to keep this mentality through his love for the game, but he also battled some of the toughest moments of his life during the prime of his career. The unexpected murder of his father left Jordan feeling incredibly lost without him. This was a turning point for the star athlete and a moment that led him to retire from basketball in 1993 and pick up baseball in 1994 because his father always wanted to see him play. The importance of Jordan’s father’s presence in his life was extremely relevant and much talked about during these two episodes. Although Jordan’s career in minor league baseball was short lived, this was just the time he needed for a short break away from the NBA chaos.

Eventually, Jordan returned to the throne of the Chicago Bulls and continued on his quest to win the team another three championship rings. One thing I do love about Jordan is that he wasn’t just focused on his winning, but everyone around him winning. You didn’t have to like him, but you had to respect him and everything he stood for.