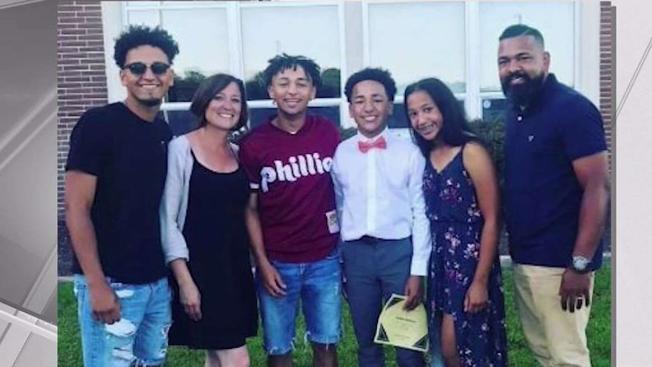 It’s the end of 2018 and black kids are STILL being targeted. On December 19, a high school wrestler, Andrew Johnson of Beuna Regional High School in New Jersey, went with his team to a wrestling match against another New Jersey team, Oakcrest. This particular match didn’t go as planned, though. Before it even began, a referee, Alan Maloney, said that Johnson had to either cut his dreadlocks off or he would have to forfeit this match. Johnson did not want to let his team down and his hair was cut. The video of this was posted to Twitter by Mike Frankel (@MikeFrankleSNJ) and quickly went viral.

Like with most sports, there are rules. Buzzfeed News reported that the rules for wrestling in this area are “The hair, in its natural state, shall not extend below the top of an ordinary shirt collar in the back; and on the sides, the hair shall not extend below earlobe level; in the front, the hair shall not extend below the eyebrows.” You can see the problem with Johnson having his dreads if you just look at this portion of the rules, but the rest are as follows: “If an individual has hair longer than allowed by rule, it may be braided or rolled if it is contained in a cover so that the hair rule is satisfied.” So there was no real reason for Johnson’s hair to be cut in the first place. NJ.com even said that Johnson wore a cover in during a previous meet and didn’t face these struggles before. The only thing that actually makes sense is this situation had to do with race.

To make matters worse, according to NJ.com, this isn’t the first time Maloney was involved with something related to race. Courier-Post reported that back in 2016 this ref was in an argument with a black ref and the N-word was used. Why wasn’t Maloney fired from the first time he did something racist? There is some good news that has come out of this. The Daily News recently reported that Maloney has been banned from officiating South Jersey district matches.


So many were outraged by this, including New Jersey’s governor, Phil Murphy. He tweeted how he was “deeply disturbed” about the whole incident, according to The Washington Post. Sports broadcaster Taylor Rooks also took to Twitter to express her thoughts. “The ref should be ashamed. In the black community, hair is often tied to identity. Expressing disapproval of the hair is in many ways expressing disapproval of the person.”

Hair grows back, we all know that, but it’s the way Johnson’s hair was cut and why it was cut that has infuriated me and many, many others. Johnson did end up winning the match, but at what cost? This hair cut, documented for the world to see, is one that will most likely follow Johnson for years to come.