NBA superstar Anthony Davis returned to Chicago earlier this week to prepare for a game against the Bulls on November 5th, 2019. Davis, who is a Chicago native and has his high school roots planted in Perspectives High School, came into Nike’s Chicago Style Diner to surprise students from his alma mater with an unexpected visit. Davis came in to be interviewed by Nike host and True Star family member Camron Smith. After the one-on-one interview the crowd was allowed to ask questions.

Things got awkward when a young girl in the crowd asked Davis during the Q&A if he would ever join the Bulls if he got the chance. After some “uhh”s and crowd laughter, Davis said, “Honestly, it’s nothing like playing at home.”  But by the way he spoke, it was clear that Davis had no real intentions of coming to Chicago to play next year. “I don’t know. …I mean, I am a free agent next year, but we’ll see,” said Davis before having more awkward laughter. In other words, don’t get your hopes up about AD coming to play for the Bulls soon.

Before leaving, Davis answered other questions asked by students, including some from True Star.

TrueStar.life: What is your must-go-to spot whenever you come back to Chicago?

Anthony Davis: Giodanos. Giodanos and Harold’s. [Specifically] Sausage and Pepperoni pizza and a six-piece with mild sauce, salt, and pepper.

TSL: How does it feel to come back to your alma mater being the success that you are and inspire the students?

AD: It feels good. Like I said, anytime I get to come back home, it’s great. You know… I don’t get to much, but when I get to and I’m able to do events like this,  and talk in front of kids who I can inspire it’s great. I went down the same path these kids are going through now so, seeing familiar faces, I’m trying to give them so much knowledge that I have gained from my experience and [my] life.

TSL: When you were in high school who was the Chicago player that inspired you most?

AD: D-Rose. He was the one. He just gave me hope. I actually wanted to go to Memphis, but then Coach Cal (John Calipari) got up out of there, and I think [Derrick Rose] is actually going to be a lot of guys’ idols who came up under him just because of what he was able to do. Watching him with the Bulls and what he was able to accomplish with winning MVP and going to the playoffs and all that stuff was just so much that we thought wasn’t going to happen for us growing up in the neighborhood we grew up in and being in the situations we grew up in. He kind of gave everyone hope in the city of Chicago for basketball players, and now that’s why he gets so much of the love he gets now. But D-Rose was definitely that guy for me when I was younger playing basketball.

Anthony Davis also added that he represents Chicago but just being himself and doing the things that he does. Even when Davis is on the other side of the country for the most part now, he’s clearly a Chicago native at heart and it shows. Davis is a top candidate to win MVP this year playing with the Lakers and next to LeBron James. I know we would all love to see another Chicago native win the award!

Be sure to catch a few Lakers games to support him! 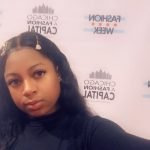 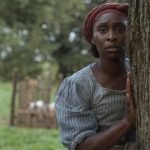