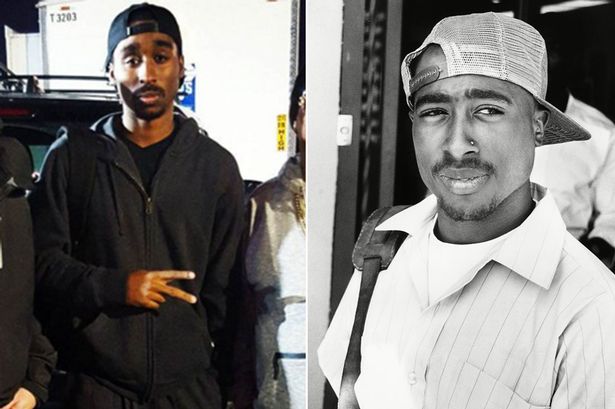 The well overdue THUGLIFE Biopic is now here!! well not yet…

But, through years of conflict straining from Afeni Shakur, trying to protect her baby boy, famous music video director Benny Boom has teamed up with Morgan Creek productions to create the highly anticipated biopic. My anxiety is over the top at this point!

Pictures, as well as cast members have been released and I do see hope for the hip-hop motion picture…. unlike the Aaliyah lifetime tragedy.

As far as the cast, I have my concerns, and preferences, especially since characters like Suge Knight, Tupac, and Biggie have all been portrayed in previous films.

KAT GRAHAM as JADA PINKETT: Before the Smith, Jada and ‘Pac were incredibly tight, so of course, someone has to be cast in her place. The chosen one being Vampire Diaries star, Kat Graham. Now, although they do favor, a different leading reality star came to mind. That star being Logan Browning! No shade to the beautiful Kat, but my dream pick would be Logan.

DANAI GURIRA as AFENI SHAKUR: Honestly, this is my first time ever hearing of this brown beauty, and casting her is the best thing, especially for Tupac’s leading lady. Not knowing who Danai is, I’m anxious to see how she will grasp Afeni’s strength and culture.

DOMINIC SANTANA as SUGE KNIGHT: Now we have seen 2 other men play the “character” of Suge Knight, in the movie Notorious, and Straight ‘Outta Compton. Both did in an incredible job, especially R. Marcus Taylor of S.O.C.. To me, the actor casr, Dominic Santana, has his own flavor that I believe is too strong for Suge Knight’s image. On the other hand, actor Sean Ringgold first portrayed Suge in the film Notorious.

DEMETRIUS SHIPP JR as TUPAC SHAKUR: Most important casting call has to be the man of the occasion, Tupac’s actor, Demetrius Shipp Jr. Personally, when I first watched Notorious, for some reason, at 9 years old, and not knowing any better, actor Anthony Mackie, made me think that Tupac came back to life. Some may argue that Straight ‘Outta Compton actor Marcc Rose, resembles ‘Pac more, but he only appears in a short and dark studio scene as he records ‘Hail Mary’. Demetrius resembles ‘Pac, but it’s something about the length of his face, and his height that throws everything off for me.

I completely approve of Jamal Woolard playing Biggie, he did such a great job in Notorious, he just needs to bring it one more time. The only other character I’m worried about is Shock G, Tupac’s early partner in crime in the beginning of his career. Anything else having to do with the film, I am totally excited for, and right now, my expectations are high. 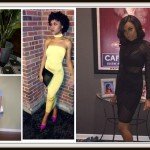 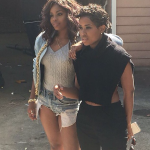