The weekend got off to a hot start as players showed their exquisite fashion tastes on the Orange Carpet on Friday. Probably the best look on the carpet went to Arella Guirantes, who wore a jaw-dropping hooded shawl.

Others that showed out were Dallas Wings’ Arike Ogunbowale and Isabelle Harrison. Ogunbowale dazzled in her green silk outfit and a necklace with her brand logo as the charm.

Harrison rocked a remarkable Jordan x Kim Shui collaboration that nearly blew everyone else off the carpet. The look featured a necklace with the Jumpman logo and was accessorized with black shades and hoop earrings.

Saturday was more exciting as players prepared for the Mountain Dew three-point shootout and skills challenge. In preparation, players enjoyed a memorable practice with their respective All-Star teams and coaches. It was probably the most memorable moment of both practices; Chicago Sky Head Coach James Wade voiced to his team, Team Stewart, how much of an honor it is to have the All-Star game in Chicago.

Now the main event: Wintrust Arena hosted the All-Star game in front of a sold-out crowd, and it was electric!

The best highlight went to the eight-time All-Star Fowles. After stealing the ball from the Las Vegas Aces’ Jackie Young, she went coast-to-coast, throwing down a slam that brought everyone to their feet.

While this may be another chapter in the book, it may be one of the most memorable chapters that many fans will remember. While Griner’s current struggles were upsetting for everyone, the WNBA pulled through and delivered an electric weekend for summertime Chi. 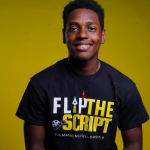 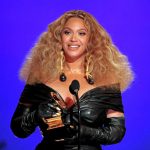