The ending of “Atlanta” truly marks the end of an era for its vast fanbase who are left hungry after the end of each one of the surreal, odd, comedic, and intrusive episodes. The Emmy and Golden Globe-winning series was one of television’s first introductions to the genre of Afrosurrealism, which is an analysis of the absurdness of the Black experience by making it even more absurd. The newest season consisted of episodes of complete chaos like the episode titled: “Crank Dat Killer” in which a murderer who only kills people who made dance videos to Soulja Boy’s song “Crank That (Soulja Boy)” is on the loose, while other episodes had a very mellow tone like the episode titled: “Snipe Hunt” in which the protagonist, his baby mother, and daughter go on a camping trip and they discuss the future of their relationship. Season four of “Atlanta ” is definitely in contention for the most absurd and well-written season of the series.

Although the entire season was an amazing viewing experience, there were a few episodes that were absolute masterpieces. This is an honest review of my favorite episodes from “Atlanta” season four:

Episode 5: Work Ethic! – Vanessa, the baby’s mother and love interest of the protagonist, gets trapped in a parody of Tyler Perry Studios, called Chocolate Studios after Mr. Chocolate (a parody of Tyler Perry) takes interest in her daughter’s acting abilities. This episode gave me EVERYTHING I needed when it comes to comedy. The writer of the episode, Janine Nabers, masterfully tied in elements of Perry movies for comic relief. There was even a scene where Vanessa tried to throw hot grits in Mr. Chocolate’s face (a reference to Madea’s Family Reunion, also a reference to singer Al Green).

Episode 8: The Goof Who Sat by the Door – This episode is a mockumentary about Disney’s: “A Goofy Movie” (a reference to the classic novel and movie The Spook Who Sat by the Door). The show fabricates a man named Thomas Washington, who becomes the first CEO of Disney, and believes that the character Goofy represents a Black man in America. The episode successfully creates a narrative that “A Goofy Movie” was originally supposed to be about a Black man and his son taking a road trip together to learn more about each other and the world around them. This episode left me speechless and wanting more. I now fully believe that Goofy is a Black man.

Episode 10: It Was All a Dream – The final episode of the series was the most surreal of all. While the protagonist, Earn, his love interest, Vanessa, and Earn’s cousin and well-known rapper, Alfred reluctantly eat at Atlanta’s first Black-run sushi restaurant, Darius, Alfred’s wacky friend, is trying to figure out if the world he is living in is all one big dream. In the end, the owner of the sushi spot attempts to murder Earn, Vanessa, and Alfred for trying to leave his restaurant to eat Popeye’s instead. Luckily, Darius shows up out of nowhere, saves them from death, and they all drive off in Darius’ pink Maserati (that he somehow acquired off-screen), leaving the audience wondering if the world of “Atlanta” actually is one big dream. The perfect way to end a show as chaotic, odd, and confusing as “Atlanta” is to confuse the audience even more.

I loved how this show wrapped up, the showrunners and writers: Donald and Stephen Glover never fail to entertain an audience till the very end. 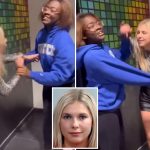 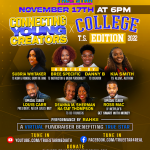