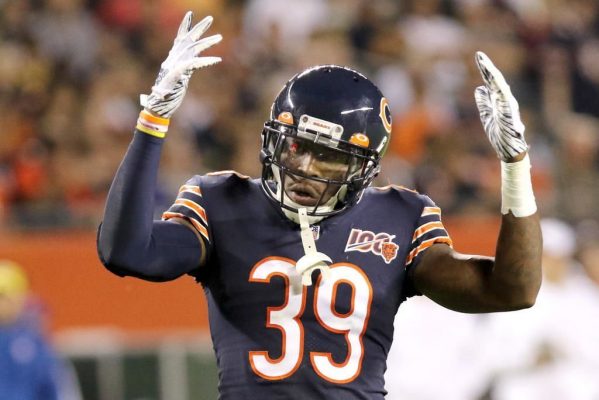 Okay, last time I focused on the AFC division winners, so now I’ll give you my NFC picks. The NFC is considerably stronger than the AFC, thus making this so much of a harder list to form. Every division has at least two possible teams that could win the division with no clear-cut winners. Some are more likely than others but no one is a guaranteed like the Chiefs or Patriots were in the AFC. Here are my predictions.

With the exception of the Lions, this division could be won by any team. However, each team has a reason as to why they won’t win. For the Vikings, it’s due to a lack of performance by their defense and by Kirk Cousins when going up against good teams. The Vikings had a 1-6  record last year against playoff contending teams. For the Packers, what is going to hold them back is a brand new system with a brand new coach. Their defense and offensive line have improved massively in the offseason, but with Matt Lafleur being a head coach for the first time, who knows if Aaron Rodgers and the pack can actually managed to scrape together a playoff team despite their easier schedule. The Bears seems like a clear winner, but with Vic Vangio gone, the defense may take a step back since he isn’t the one calling defensive plays and adjustments. Anyway, the Bears have the most talent and the best mix of players, which makes them my pick.

With the Giants rebuilding and the Redskins looking to be competitive but extremely mediocre at best, the division is down to the two teams who have Super Bowl aspirations. While the Eagles have already been to the big game and have a lot of the core as before, it is unclear whether or not this team can stay healthy and keep most of their current roster by the time the playoffs roll around. As for the Cowboys, they don’t have anywhere near as many health issues as the Eagles have had, and with a super strong defense and a top offense, this Cowboys team is my pick to win the division.

The Bucs are not even a question. However, the Falcons and the Panthers, were one of the better teams in the NFL last year before they were derailed by injuries. The Panthers started off 6-2,  and seemed like a guaranteed playoff lock before Cam Newton injured his shoulder. After that, the team plummeted and lost their momentum. The Falcons also dealt with a number of injuries last year, specifically to their defense. But now with a healthy defense once again, and  Devonta Freeman coming back, this team looks to have a strong season this year. However, the Saints are the likely winner here due to their stellar defense, Drew Brees. Alvin Kamara, and the rest of their offense. They were only one missed penalty away from winning the NFC.

Yes, the Rams made the Super Bowl, and yes, the 49ers and the Cardinals are in the same division as them, but the Seahawks proved everyone wrong last year and made the playoffs. With Russell Wilson at the helm of the offense, and Jadeveon Clowney leading their defense, the Hawks still have a chance to upset the Rams and win the division. What are the chances of this actually happening? Well, they aren’t great. The Rams have a loaded offense and a loaded defense, plus Sean McVay. They look to have one of the best records in the NFC if not the best record in the NFC.

Do you agree with any of my predictions? Let me know with an emoji.