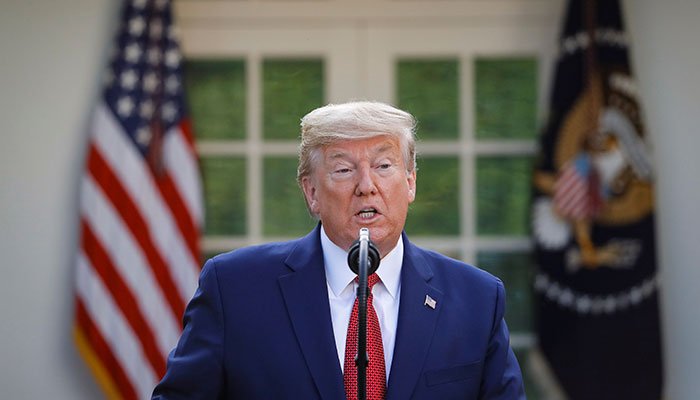 At this point, I know we’re all ready to go back outside. Go back to school, to work, to the gym. Basically anywhere that’s not in the house, but we still can’t. Why you might ask? Because people feel the need to keep coming outside as if we’re not in the middle of a pandemic. I just wish people would learn how to listen so we can all be social again without running the risk of spreading something.

Trump announced on Sunday (March 29) that the country’s quarantine would be extended another 30 days until April 30 as a way to decrease the number of rising COVID-19 cases. This decision came quickly after Dr. Anthony Fauci, director for the National Institute of Allergy and Infectious Diseases, predicted that the United States would have somewhere between 100,000 and 200,000 deaths from COVID-19. “The better you do, the faster this nightmare will end,” Trump said in the briefing. Trump originally has plans of having the country reopened by Easter, but due to the rising number of cases, it was clear that that would be near impossible. This move means that local schools may now resume in May.

I feel like people in the U.S. should be taking this more seriously seeing as the U.S. has bypassed all other countries and now has the highest number of confirmed COVID-19 cases worldwide. The Center for Disease Control (CDC) has reported that there have been 140,904 confirmed cases and 2,405 deaths in the country at the time this article posted. People have been ignoring all the rules and regulations and going outside anyway which not only puts them at risk but others around them as well.

Moral of the story, don’t go outside unless absolutely necessary because then you run the risk of either getting or spreading the virus. By staying in, you’re potentially saving the lives of people you may come in contact with, especially those with weak and compromised immune systems. If you must go out, be safe while doing so. Wear masks and gloves, avoid being in close contact with others as much as possible, and make sure to wash your face, hands, and any other exposed skin when you return home.