The Tesla and SpaceX CEO and the social media firm revealed the deal on Monday. The company will accept a $44 billion deal for Twitter to buy itself out.

Musk, the wealthiest person on earth, is now set to own arguably the most influential social platform.

“The Twitter Board conducted a thoughtful and comprehensive process to assess Elon’s proposal with a deliberate focus on value, certainty, and financing,” said the company’s independent board chair Bret Taylor, in a statement announcing the deal. “The proposed transaction will deliver a substantial cash premium, and we believe it is the best path forward for Twitter’s stockholders.”

At a conference, Musk made it clear what his intentions were behind the acquisition of Twitter and what his goals were for the app.

“This is not a way to make money, my strong intuitive sense is that having a public platform that is maximally trusted and broadly inclusive is extremely important to the future of civilization, I don’t care about the economics at all.”

“Free speech is the bedrock of a functioning democracy, and Twitter is the digital town square where matters vital to the future of humanity are debated.”

“I also want to make Twitter better than ever by enhancing the product with new features, making the algorithms open source to increase trust, defeating the spambots, and authenticating all humans,” he added. “Twitter has tremendous potential – I look forward to working with the company and the community of users to unlock it.”

Musk says he wants to bolster free speech on the app, but those words are worrying industry experts. Many worry that Musk’s desire for free speech on Twitter could mean halting the bird app’s efforts to curb hate speech, misinformation, harassment and other harmful content. Seeing how Musk is making free speech his catalyst, those are real concerns to have.

Twitter says the deal will close this year, pending approval from shareholders and regulatory agencies. It added that there are no financing conditions to the closing of the transaction.

Current Twitter CEO Parag Agrawal, seemingly melancholy about the deal said, “Twitter has a purpose and relevance that impacts the entire world. Deeply proud of our teams and inspired by the work that has never been more important.” 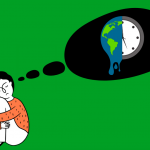 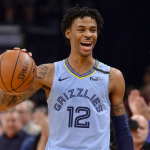