According to US! Weekly magazine, twerking queen Miley Cyrus had a couple words for superstar Beyoncé ‘s “career downfall” which she reportedly said was Bey giving birth to her daughter Blue Ivy.  The magazine reported that Miley said ” As Beyonce grows in motherhood and all the crap it does to your body, it will create a vacuum for fresh young faces to rise up and no one else can properly fill that void right now,” and also “I got the total package, you know, the curves, the rhythm, and the voice,” she supposedly boasted. “I’m just the best.”

However Miley quickly took to Twitter, denying that she ever said anything negative about Queen Bey. “Imagine if I said I got ‘the looks and the curves I’m just better!’ Bahahahahaha,” she tweeted Thursday. “How are people allowed to make up s–t & then out quotes around it saying I said that s–t! WTF!!?!”

Apparently Miley did not take this as a joke & is looking to find out who could have written those false quotations. So far, Beyoncé has not spoken about the subject.  Do you really think Miley said what she said about Bey or is it all a big hoax? Stay tuned to find out more! 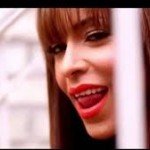 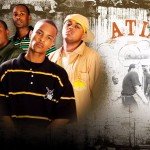