On November 30th, a shooting took place at Oxford High School in the suburban area of Detroit Michigan. Ethan Crumbley, 15, has been accused of carrying out the shooting. His parents James and Jennifer Crumbley have also been charged for the part they played in this horrific event.

Ethan is currently facing first degree murder, terrorism, and other charges. If found guilty Ethan could possibly spend life in prison. After a public manhunt, Jennifer and James Crumbley were found and charged Friday with four counts of involuntary manslaughter. Both parents pleaded not guilty.

This case has gotten lots of media attention and has sparked many questions. A popular question is whether or not the arrest of Jennifer and James Crumbley was the right thing to do and will it change how the justice system looks at similar crime going forward?

Jennifer and James are not new to crime. The husband and wife have had run-ins with the law quite a few times. The first time was in 2005 when they were charged with a DUI and were fined $652 each.

James was also busted by the Atlantic beach police for driving with a suspended license and having false tags which he was fined more than $200. Back in 2003 Jennifer was accused of writing false checks of $150 but charges were soon dropped. A year later she was arrested again for the same charges, but this time Jennifer was found guilty and fined up to $500.

On November 26th James Crumbley went out and purchased a 9 mm sig SP2022 pistol which was used in the shooting four days later. According to authorities, Ethan Crumbley was present when the firearm was purchased. Authorities then mention that Jennifer Crumbley referred to the gun as their son’s “new Christmas present” with a kissing emoji on social media. The day before the shooting, Jennifer stated, “The gun was stored unlocked in a drawer in the parent’s bedroom.”

The day before the shooting Oxford had complained to Jennifer Crumbley that Ethan was using his phone to look up ammunition. According to authorities Oxford left a voice mail to Jennifer but she did not respond. Jennifer instead sent a text to Ethan which read “LOL I’m not mad at you. You have to learn not to get caught up.”

The morning of the shooting a teacher found a drawing on Ethans desk that showed visuals of a school shooting and words that stated, “Blood everywhere” and “The thoughts won’t stop.” The principle soon called Jennifer and James Crumbley and they insisted that Ethan leave school and get counseling. James and Jennifer denied the suggestion, they also failed to check to see if Ethan had a gun present in his backpack. At about 1 p.m. Ethan begun to open fire in the school.

At about 1:22 p.m. Jennifer sent a text to Ethan and said, “Don’t do it,” while Ethan’s father called the police and stated his gun was missing and his son might be the active shooter.

So, was the arrest of the parents the right thing to do? Destiny Lockridge, a hairstylist in Alsip, IL, said yes. “The parents should be arrested. They bought him the gun. The wife posed on social media like it was a game. They deserve as much responsibility as Ethan has.”

Dariella Roach, who is also an Alsip hairstylist, agrees with Lockridge. “The parents deserve the same charges as Ethan. Why would you buy a 15-year-old a gun? They were planning this with him and did nothing to stop it. Not only did they plan it, but they helped by not listening to what the school principal was telling them about the drawing and Ethan looking up ammunition on this phone. All three were equally involved.”

Yasmine Jackson, a student at the University of Wisconsin, took no pity on these parents or any parents that conspire in any way. “For future crimes like this, I believe the first person/people that should be checked as suspects are the parents. Everything starts at home.”

All three Crumbleys are currently in jail. Jennifer and James Crumbley have a bond set for $500,000. Just recently, survivors of the deadly incident filled two $100 million lawsuits against the school district and school employees. According to The Detroit News, that lawsuit accuses school officials of failing to stop an attack that inflicted physical and psychological injuries on students.

This is one case we’ll be keeping an eye on. 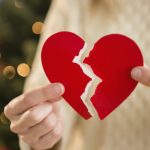