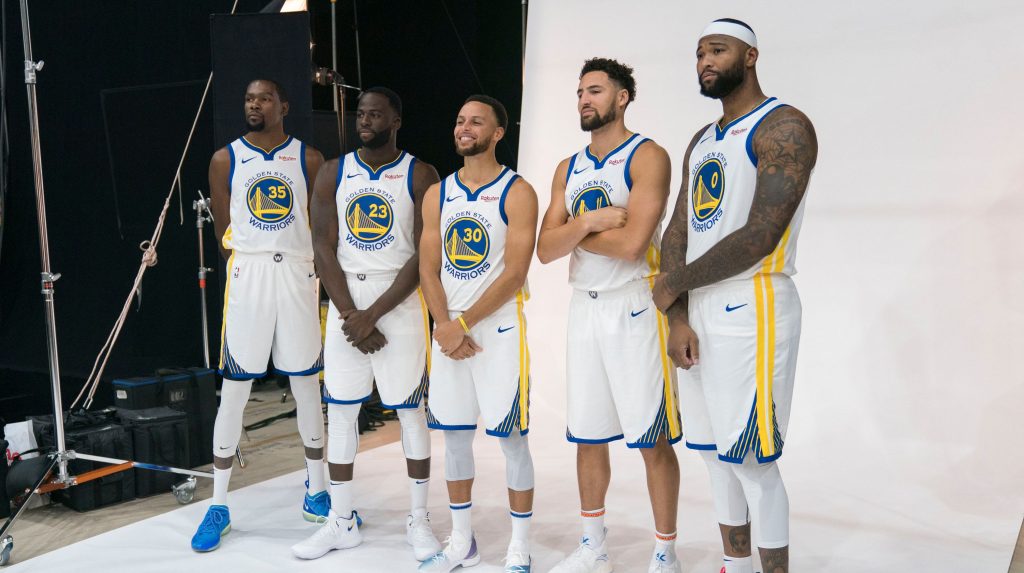 The title of this article may seem like a easy debate, especially if you’re a die hard NBA fan like I am. A lot of people will simply bring up the idea of easy predictability in the NBA finals over the last two years and close their case there. So yeah, the Kevin Durant and Steph Curry-lead Warriors squad took down the Cavaliers in 2017 and 2018 with ease, but people often forget just how impactful the Golden State Warriors are to the league.

Here’s an example for you. According to SCMP.com, “The 2017 NBA Finals attracted nearly 200 million viewers from China on mobile alone. The NBA is now the number one followed league in China online, seven times more discussed and with five times more followers than the top three European soccer leagues combined.” This, along with the fact that three of the four Warriors-Cavs Finals series brought in the top three most views of any NBA Finals series since 2000 prove one thing that is undeniable: the Warriors today are what the Bulls were to the NBA in the 90’s, and what the Lakers were to the NBA in the early 2000’s.

The Warriors are that popular team with so many fans that it’s ridiculous. These fans, regardless of how loyal or real people think they are, are coming in large numbers and are helping the league grow by dominating competition night in and night out. I think we’ve all seen people who know basically nothing about basketball say that they’re favorite team is the Warriors or that their favorite player is Curry or KD. While this may be annoying to long-time fans of the NBA, we have to acknowledge that the Warriors are bringing in a massive profit for the league with their must-see basketball, and it is translating to extra attention and extra money for the NBA.

But this is only financially, what about actual basketball? Well, think about it like this, the Warriors are easily the most talented roster ever assembled. No amount of talent has ever been assembled in their prime like the Warriors. The starting five of Curry, Klay Thompson, KD, Draymond Green, and Boogie (DeMarcus Cousins) are more talented than any other starting five in NBA history. We should consider it a blessing how much talent is on this team, especially with a capable head coach who knows how to put the team together to have maximum success. What we’re witnessing is pure basketball, beautiful basketball, even if we don’t like the team. But people are also forgetting the other storylines that headline the NBA to make the season exciting. Almost no one had the Nets going into the playoffs as a six seed, almost no one saw LeBron James and the Lakers missing the playoffs, and no one predicted James Harden averaging the most points in an NBA season since Michael Jordan. So even if some may call it easy to predict the conclusion of the season, the journey that is the off-season and the entire regular season is always a surprise that we can all enjoy. Warrior hater or not, the Warrior’s dynasty is a huge positive for the NBA and all of its fans, and we should treat it as such.