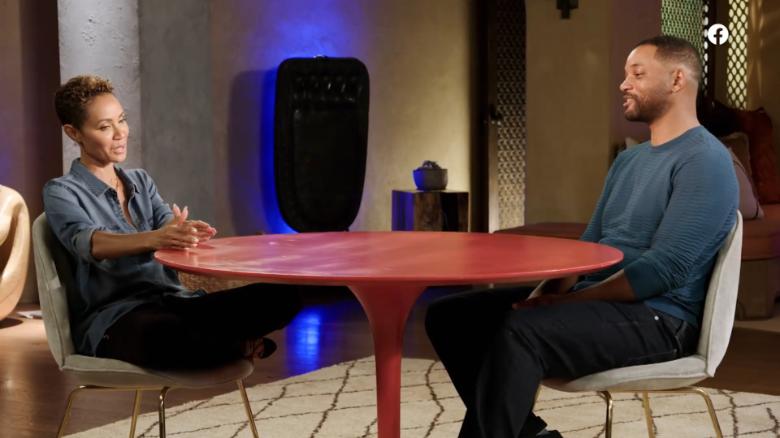 Jordyn Woods previously held the record for the highest views on Facebook’s “Red Table Talk” show with 7.5 million viewers. When the show’s host, Jada Pinkett Smith, brought herself to the table, along with hubby Will Smith, they topped those numbers with 15 million views in the episode’s debut week. If you haven’t been living under a rock, you know exactly where I’m going with this. In a shocking and surprising interview recently given by singer August Alsina, he disclosed info about the intimate, romantic affair he shared with Jada years ago while still married to Will. A situation Jada referred to as an “entanglement.” Alsina claimed he received Will’s blessing, but those allegations were denied by the Smith family and explained during the episode, saying they were separated at the time.

Now, that we’ve been given all the alleged “facts” since both of their interviews have been aired, what’s left is really the unknown truth. It’s always three sides to every story: Yours, theirs, and the truth. However, the truth can really be speculated and predicated as to your own personal opinion, which can get tricky.

Jada and Will Smith have symbolized “relationship goals” for numerous fans for years, but now that ideal image the public had of their epic relationship has been questioned. As I’ve grown and matured, I realized that it’s really no way to judge someone else’s situation that you’ve never been in. Or even if you have, that’s not your world, nor should be your concern. However, with the world we live in today, this controversy brought attention to what it takes and means to have strength in a dynamic and long relationship.

Jada and Will are definitely the epitome of “for better or worse” when it comes to strength, forgiveness, and perseverance through their marriage. They have no longer called their union a marriage but a partnership. They’ve given us some insight as to what complications and troubles can arise in seemingly perfect relationships on the surface level. It all comes down to this difficult but needed action for long lasting relationships: Forgiveness.

Jai Cunningham, a junior at Oberlin College, discussed what she would do if she were in the Smith’s predicament with her current partner. “Honestly, I think I would take her back, I just know that my love for my partner is too strong to just leave them after being together such a long time.”

Cunningham, however, made sure to clarify that things wouldn’t be “too sweet” after reconnecting. “Now I’m not saying everything would be back to normal right away. We’d have to work on our relationship and all of the problems for a while before getting back to a great place.”

Forgiveness can truly be the test of love. Is what you have worth it all? Is this the person you’re willing to go to hell and back for? Is this the love you think you deserve?

This situation really makes you set back and question what couples you consider “relationship goals” and why you actually think of them as that. A lot of things look different on the surface, until you look a little deeper into them. If we are honest with ourselves we have to accept the truth… Love is complicated.

You can watch the full episode of “Red Table Talk” here.

Jada Brings Herself to the Table

Jada and Will address the recent headlines and share their journey of finding peace through pain.