Last year there were a variety of artists who gave us some of the best music to listen to, some of that being the anthems of our youth (yes, I’m looking at you Megan.) There were even some newcomers who gave us a taste of what they can bring to the table. Without further ado here are some artists that you should watch for in the months ahead.

The 20-year old Alabama-born rapper has been buzzing since the summer of 2018 after she dropped “Beef Flomix” this summer Flo Milli gave us a full on mixtape called “Ho Why Is You Here?”  showcasing her rapping abilities. I don’t know about y’all, but it was definitely the soundtrack to my summer. My fave track by her is “May I.” Anyway I’m excited to see what she will be dishing up for the new year hopefully… a debut album.

After being featuring on Drake’s song “Chicago Freestyle,” which climbed the Billboard charts peaking at #14, Giveon, 25, began to make a name for himself. The California-born R&B artist went on to release an album earlier last year with one of it’s hits being “Like I Want You” (this song was all over TikTok). I’m excited to see what’s to come for him this new year.

The 23-year old alternative singer/rapper has been rising up on the indie scene. The Ohio native first garnered attention after releasing “how will i rest in peace if i’m buried by a highway?” in 2019. While KennyHoopla hasn’t released an album yet, he does have a new single titled “Estrella” with Blink-182’s drummer Travis Barker. Go check it out!

This British singer has been making her rise to fame as she released her second EP Sensitive Soul last summer. One of the hits on it was “Lovestained,” a soft, airy, yet soulful tune about young love. The EP is a favorite of mine and I highly recommend it. This year Tala, 21, has released a third EP, Girl Eats Sun, which features a song with rapper Amine titled “Cherries.” One of the best tracks by the artist is “All My Girls Like to Fight,” which serves as social commentary on how women often have to hold their tongues about issues in fear of societal backlash.

This singer-songwriter is behind some of the biggest hits in the music biz and has written for some of the biggest names such as Ariana Grande, BTS, Khalid, and Panic! At The Disco. She’s branched out and has done some songwriting for her own career. This past summer she gave us “Dance Alone” which is definitely a bop and one of my favorite songs from last year. She recently dropped her debut album Coping Mechanisms so go stream it!

Hopefully I put you on to some new artists that you can groove to in the new year. 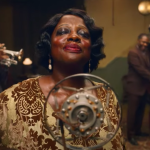 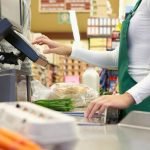