The video game Back 4 Blood, produced by Turtle Rock Studios – the supposed minds behind Valve’s Left 4 Dead and Left 4 Dead 2 – was published a year ago this week. As a hardcore fan of both L4D games, I was super hyped for B4B. I even registered for being a beta playtester to get into the action as soon as I could. At first, the game had a lot of promise. It was a beta, after all. With some polishing with the card deck system and some UI cleaning, it could be a successor to the L4D games. However, it didn’t. Why is that?

It’s simple: a lack of passion. A lot of B4B feels shallow, and doesn’ have a distinct or clear focus or vision, especially in comparison to what it’s claiming to beat.

Looking back on the commentary mode for L4D, it’s revealed that several stunt actors were told to act like ravenous zombies, and perform a bunch of movements, from being shot in different spots to being hit with blunt force. They were motion captured into the game and refined by the animators to give the game that extra flair of presentation. That’s how much effort was made into making the game good. In comparison, the zombies in B4B barely have any cycling or unique movements, and tend to freeze in place or T-pose frequently.

The writing in each respective game also tells a lot. Through the dialogue for L4D, we learn a lot about the four main characters, Bill, Francis, Zoey and Louis. They’re charismatic, interesting, and compelling. Meanwhile, the B4B characters are as deep as a puddle. Barely any interesting dialogue or interesting characteristics, which makes the game feel more dull overall.

Also, what’s up with solo mode? Why can’t you make progression while solo?

B4B is also rocking a whole $60 price tag while both L4D games are around $15 combined. 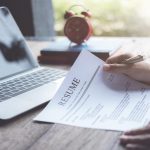 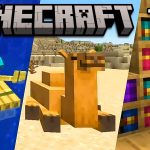