Recently, Sony released the casting of El Muerto, a movie centered on a wrestling Spider-man supervillain and his story. The revolutionary move here though is who gets to play the wrestling villain. I’m sure we’ve all heard Bad Bunny’s name thrown around once or twice, but now his face gets to be on the big screen for everyone to see as the El Muerto character.

This officially makes Bad Bunny both the first Latino to play a lead role in the Marvel Universe, and the first character that is a native Spanish speaker, if we’re staying true to the comics. While El Muerto isn’t a well known character, his story is just as interesting as any other. El Muerto’s origins are of revenge and proving oneself to the world.

It starts off with El Muerto, whose birth name is Juan-Carlos Sanchez Ocasio, growing up in a wrestling household where every generation, the mask that El Muerto wears is passed down to the next wrestler meant to inherit the famous title. When it’s Juan’s turn, the anti-hero isn’t ready to join the wrestling world just yet, which leads to a tragic death and a vengeance for said fallen family member.

Besides having an awesome role, this is the first time Puerto Ricans really get to feel represented. Puerto Ricans have had main roles before on the big screen, but nothing like this. Especially having the opportunity to play a main supervillain in such a well-known cinematic universe. This gives an amazing opportunity to represent so much of Puerto Rican culture in a positive and raw light.

This upcoming movie will be great for other Hispanic cultures too. Especially for those who are native Spanish speakers, it would be an incredible experience to see a character on the big screen that speaks in broken English and mainly Spanish. One thing for sure is I know the utter excitement and joy from seeing a character that speaks Spanish with the same slang and accent that I and so many others use will be a phenomenal experience.

According to Variety, the movie is set to hit theaters January 12, 2024. 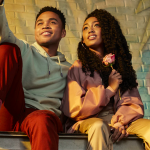 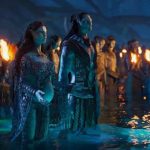