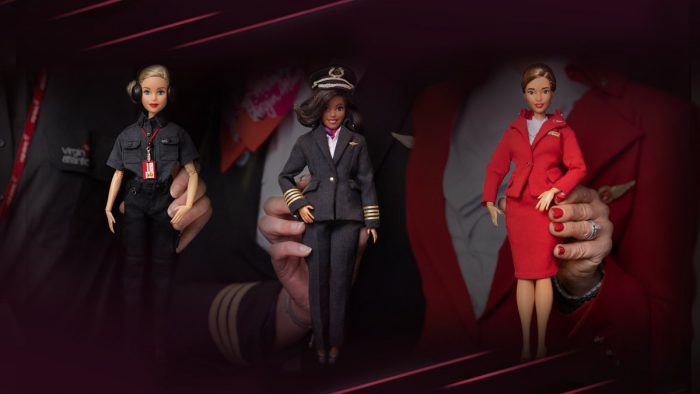 Having a Barbie doll was a must growing up. I can’t recall a time from my childhood where I didn’t have a doll right by my side everywhere I went. These dolls had a huge impact on us back then, even though few people are actually willing to admit it. This impact wasn’t necessarily the best though. Seeing this pale skin, skinny, blonde haired doll caused a lot of insecurities growing up, but Barbie did something to change that. The famous brand began to become more inclusive of skin color as well as hair so every little girl around the world who had one of these dolls would feel like there was one out there that resembled her. And they didn’t stop there. Barbie has recently released even more dolls and made women and girls all over feel more included once again. This time, not just by color and hair, but in careers as well.

Barbie has partnered up with Virgin Atlantic and released a line of dolls that are encouraging young girls to become more involved in STEM programs. The line includes a pilot, engineer, and a member of the cabin crew. These are the jobs that you usually don’t see women, especially black women, being a part of. STEM careers are typically male dominated but Barbie and Virgin Atlantic wanted to do something to change that.

In an article published by Evening Standard, Nikki Humphrey, Virgin Atlantic’s Senior Vice President said, “We know that women are currently underrepresented across a number of careers within aviation. We also know we can’t change this position overnight. Therefore it’s imperative we play the long-game, highlighting to primary aged children that any job role is open.”

Instead of catering to just one group like they did before, Barbie is making strides to include all girls in their brand. It’s great to see that the people who know they have a great influence on the youth are willing to do things that’ll push them in the right direction. I can’t wait to see what Barbie releases next. For more information on the Barbie collection click here.