Today Hank (Henry) Louis Aaron, also known as “Hammer” or “Hammerin’ Hank” was laid to rest. He is regarded as one of the greatest baseball players of all time to ever play in the major leagues. Fans of MLB have been mourning the loss of the Hall of Famer since his passing on January 22, 2021. At the age of 86, he died in his sleep of natural causes, according to the ABC’s “Good Morning America”. Despite the sudden news of his death, fans are praising the extraordinary athlete and the impact he left on the sport of baseball.

Despite having to face hatred and racism on and off the field throughout his career, Arron proved his worth and value over and over again. Here are some of his known achievements:

Although Aaron is considered to be one of the greatest baseball players in American history, he was never ashamed of admitting when he went through a drought period or wasn’t producing at the level he wanted. He stated, “I finally hit the home run, got at the bases, and when I got home that night I got on my knees and prayed to the good Lord, really thanked Him for all of the things that He had sent me through. Because really, the two years — I had really had a bad time for two years leading up to the home run.”

His honesty, persistence, dedication, and authenticity for the love for the game is truly what made him the Hall of Farmer we can all admire. 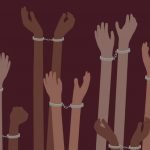