Basketball Wives is back my friends! It will be premiering August 19th at 7 p.m. You def have to watch it. Evelyn will be talking about what happened with her and Chad. You’ll actually see her break down. Royce Reed, Kenya Bell and Kesha Nichols will not be returning. Shaunie told the media that “some of the eliminations on the show were necessary because it wasn’t clicking.”

I never understood why Kesha was on the show anyway. She just did not seem like a person that would fit on that show. Tasha Marbury is the new girl on the show.She is described as “the true diva.” Seems to me that she has a mouth on her. In the trailer she was caught saying that Evelyn should use a helmet on dates. Obviously making fun of the fact that Evelyn got hit in the head by football player, Chad Johnson.

This season will be full of drama.Watch the trailer below and let us know if you’ll be watching or not. 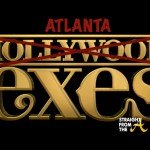 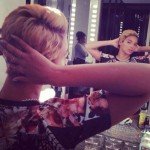