This past Sunday Justin Fields gave us a very disappointing loss, as we took an L to the Packers 27-10. The Bears and Packers currently have the longest standing rivalry spanning over 203 games. This game started off amazing for the Bears, but quickly went downhill. The Packers killed us with their ground game, as their running back was shifting through our defense with ease. The defense still held strong and did a relatively good job at stopping the magic that is Aaron Rodgers. Offensively Fields sold us, as he only scored one touchdown throughout the entire game.

To Bears fans, this game was the equivalent to the Super Bowl. Bears fans were excited because of the new young team, and the Packers’ performance last week. Last week against the Vikings, the Packers showed very little offensive prowess. This week, however, they got into a flow with running back Aaron Jones, who went crazy. The Packers’ run game was a huge part of their victory, but the defense was actually doing a pretty impressive job nonetheless. Even with a solid defensive team, Jones ran for 132 rushing yards last night. This type of performance jump started the Packers’ offense while the Bears were STRUGGLING offensively.

The Bears gave fans the best start we could ever ask for. The defense held Rodgers to a field goal, and Fields led an amazing opening drive leading to an early touchdown. The touchdown had fans ecstatic, as it looked like we finally had the upper hand against the opps for the first time in forever. Unfortunately, Fields didn’t score one touchdown after that. I repeat, Fields did NOT score a touchdown for the rest of the night besides the ONE touchdown in the first quarter. He did come close and made it to the 99th yard line in the fourth quarter, but failed to score. Fields failed tremendously this time around, and played a terrible game. He couldn’t even get us within field goal range for the majority of the game. The Bears didn’t utilize running back David Montgomery like they should’ve either with him only shining in the fourth quarter. I want to know what happened to the magic that was there on the opening drive, the offense was inexplicably trash and they NEED to do better.

We see the Packers again in December, so hopefully we’ll have the upper hand that time around. I’ll be cheering for them, but they really disappointed me with this last game. It was another case of great defense and horrendous offense. I believe we got the tools to beat them, but just need to snap into it, but we’ll see what they’ve got for us for the rest of the season. 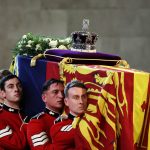