We’ve all heard the news that the girl group Danity Kane has reunited, all except one. We’ve seen 4 0ut 0f the five women on the red carpet, in magazines, and even performances, which left us all with the question, where is D. Woods? According to NecoleBitchie.com, D. Woods spoke to TMZ about how she was left out of the Danity Kane reunion.

“I found out about the Danity Kane reunion the same way everyone else did, on  line and on TMZ. I was in rehearsal for a major production in Atlanta and heard  they had a lunch in LA and I wasn’t invited… when trying to explore options on how to reunite with them and honor prior  commitments I was met with resistance and they  chose to move on without me. I have always left the door open to considering the  reunion.”

Aubrey O’Day, who has always been the outspoken one in the group, didn’t take too lightly of D. Woods comments and took it to Twitter. Of course D. Woods had to snap back. Check it out:

I don’t believe D. Woods was left out of the reunion. What ya’ll think? 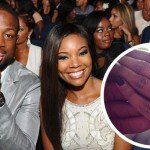 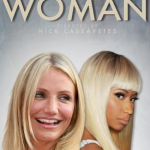