After requesting a trade this summer, Ben Simmons officially burned the bridge between the Philadelphia 76ers and its fans. Unfortunately, the 76ers general manager has yet to grant Simmons’ wish, which has led to disunity among Simmons and the team.

After Simmons’ atrocious performance in last year’s playoffs, the Sixers knew his trade value was at an all-time low. Although the 76ers didn’t want to move Simmons, they still listened to trade offers from teams, but, as expected, they were low-balled.

The Sixers were left with two options: salvage the relationship with Simmons or trade the young guard for minimal value. So, Doc Rivers, Josh Harris, Daryl Morey, and Elton Brand traveled from Philly to LA to restore the bond and used a presentation. Still, Simmons made it clear; he never wanted to play for the Sixers again.

So far, the 76ers have not made any progress, and Simmons is steadily working to force his way out of Philadelphia.

Simmons’ drama has made headlines nearly every day and is the talk of the town. Here’s what we know.

Even after many said Simmons should show up to training camp, the 25-year-old stubbornly refused to listen. Even his teammates Tobias Harris and Joel Embiid wanted him to join the team at training camp. But no amount of persuasion changed Simmons’ mind.

76ers start to refuse to give Simmon his money

When the NBA preseason started, Simmons continued his holdout. Instead of the Sixers paying him the $8.2 million he was owed, they put the money in an escrow account meant to pay for all the fines, moving forward.

Prior to the tip-off between the Sixers and Brooklyn Nets, Simmons showed up to the Wells Fargo arena to report to the team. The team officials had no idea he would show up.

Simmons shows up, practices, gets kicked out and is suspended all in the same day

On Tuesday, the 76ers stated they were suspending Simmons for one game for conduct detrimental to the team. Apparently, head coach Doc Rivers kicked him out of practice for not being engaged.

After practice, Rivers went to reporters and said, “I thought he was a distraction,” adding, “I didn’t think he wanted to do what everyone else was doing. It was early. It wasn’t a big deal. I just told him he should leave then, and we went on with practice.”

Right, when everyone thought this fiasco was coming to an end, 76ers GM Daryl Morey lets everyone know the actual status of the situation. Up until this point, Morey hadn’t said anything about the Simmons-Sixers saga.

During a radio interview, Thursday, Morey made it clear that he wants Simmons to stay to help the team win the championship they have long-awaited. If he does trade Simmons, he wants equitable compensation that will help Joel Embiid strive during his prime years.

Morey has stated that resolving the situation between Simmons and the team can take up to four years (when Simmons’ contract ends) which is not a satisfactory answer for anyone.

So what do you think the Sixers should do to resolve this drama in Philly? 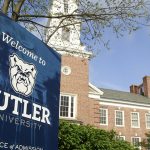 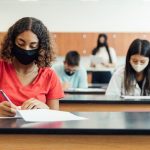