Last night the annual BET Soul Train Awards, hosted by comedian and actor Deon Cole, premiered on television and gave us all a lot to talk about.

This year Beyoncé and Mary J. Blige led the nominations with seven each. Beyoncé won three awards, Album of the Year for the fourth time with Renaissance, Song of the Year with “Break My Soul,” and Best Collaboration for “Make Me Say It Again, Girl,” a collab with R&B legend Ronald Isley & The Isley Brothers. Blige received one award this year: The Certified Soul Award.

Xscape performed “Just Kickin’ It,” “Who Can I Run To?” and more at the awards show. Rapper, songwriter, and executive producer DJ Jermaine Dupri discovered Xscape, and signed the girl group to his label So So Def Recordings. Last night he presented them with the Lady of Soul Award.

Morris Day and The Time closed out the show performing some of their greatest hits like “Cool,” “Jungle Love,” and more before receiving the Legend Awards for their immense contributions to music and the culture.

Did you watch the Soul Train Awards? If so, leave your reaction down below! 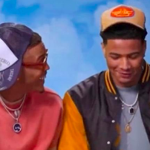 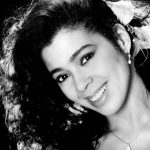