My girl Beyonce is out here honoring and serving the Black culture by acknowledging her people and I love it. When I saw her performance at Coachella, I wasn’t too surprised because she isn’t called the Queen Bey for no reason. But entertaining crowds isn’t the only thing that she knows how to well. The award winning singer is extremely generous when it comes to giving back.

Beyonce recently announced that the set theme for her idea of including a HBCU band in her Coachella performance had a secret catch to it. This featured HBCU band was used to highlight a new scholarship program through her initiative, BeyGOOD which gives scholarship money to scholarship recipients. According to the Huffington Post, Beyonce will be giving $25,000 to four historically Black colleges and universities for the 2018-2019 academic school year to students who have a 3.5 GPA or above. This scholarship award will be given to Tuskegee, Wilberforce, Bethune Cookman and also Xavier University.

However, this isn’t the Queen Bey’s first time setting the scene and giving back to students. Let’s not forget last year. In honor of the one year anniversary of her album, Lemonade, BeyGOOD’s Formation Scholars Awards Program gave money to college students studying creative arts, literature, music and African-American studies.

I’m proud to hear that Beyonce is giving out scholarship awards to HBCUs, keeping in mind that these universities were established before the Civil Rights Act of 1964. So let’s all take a moment to applaud and give props to the Queen Bey herself for putting on an amazing show as well as giving back to the African-American community. 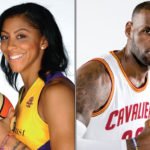