After six years of starvation, it seems the Beyhive is finally set to be fed. It’s officially confirmed that Beyoncé’s next project is set to be released at the end of next month. The teasing and anticipation began last week after the internet quickly realized that Beyoncé had removed all her profile pictures from social media.

“The last time she did this was in 2016. In the space of just 48 hours, Beyoncé deleted her branding, released Formation and announced a fifth world tour. Be scared. It looks like we’re in for a wild weekend,” said The tab.

It’s safe to say that the internet wasted no time at all in going wild. “SHE’S COMING,”  was a trending phrase on Twitter.

The theories and hints weren’t limited only to the star’s profile pic though. Beyoncé’s own mother, Tina Knowles randomly posted a video of her daughter on Instagram with the caption “I miss your singing.”

The album was even being teased back in August, when in an interview with Harper’s Bazaar. Beyoncé said, “With all the isolation and injustice over the past year, I think we are all ready to escape, travel, love, and laugh again. I feel a renaissance emerging, and I want to be part of nurturing that escape in any way possible,” she said. “Yes, the music is coming!”

All of this had the internet pretty convinced that we would be getting some new music from Bey soon…and they were right. On Thursday morning, Tidal, the music streaming service previously owned by Jay-Z, officially announced Beyoncé’s upcoming release: “Renaissance Act i” coming July 29th.

“With all the isolation and injustice over the past year, I think we are all ready to escape, travel, love, and laugh again. I feel a renaissance emerging, and I want to be part of nurturing that escape in any way possible,” she said. “Yes, the music is coming!”

It didn’t go unnoticed by fans that the announcement post included the term “Act i” which implies that this first album will be followed by a sequel, or an “Act ii.” Either way, we know something is coming, and this project is already a bit, unlike her past ones since we know exactly when it’s coming.

In recent years Beyoncé has released projects, such as her visual album “Black is King,” her work on the Lion King soundtrack and her Savage collab with Megan Thee Stallion, but her last full-length album was the iconic Lemonade. Unlike Renaissance, Lemonade was a surprise drop that took the music industry by storm. It was anger, it was empowerment, it was vulnerable, and it was a beautiful representation of heartbreak and the bounce back.

When I say Lemonade was and is still iconic, I mean it won six separate awards, and no one has stopped talking about it since its release. When you think of Beyoncé, chances are you think Formation or Hold Up. Needless to say, Lemonade is a hard project to follow up, and no one has any doubts that Bey can pull it off with her seventh studio album, Renaissance. July 29th can’t come fast enough. 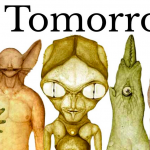 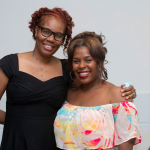