Recently I was given the opportunity to attend a live podcast of “47th Street Live” at the Luxe B studio with producer and featured host DJ L, guest host Carl West of TBT News, and special guest U.S. Rep. Bobby L. Rush. This event was curated to discuss what can be done to bridge the gap between the younger hip hop generation and political leadership in the community.

What better political figure to bring to the table to start such dialogue other than Congressman Rush? He has served in congress for the past 28 years and is a former member of the Black Panther Party that he co-founded here in Chicago. To open up the discussion, we were provided a history lesson on exactly who Rush was, is, and what he hopes to be in the future for the 1st Congressional district of Illinois.

Though hip hop was a part of the program, the event wasn’t just about supporting dreams of people wanting to make it in the music business. The event was about finding ways to get the younger generation involved in politics because politics affects their everyday lives. Another topic of discussion was coming up with more solutions on keeping the youth off the streets.

West brought up another important subject: What happened to the leadership in the Black communities? I don’t believe the answer to that question was fully given, and by this being a two-hour event, more time was definitely needed. I came prepared to interview the panelists after the podcast but time did not permit such luck of being able to dig deeper. However, I was granted a few minutes to ask Congressman Rush an important question.

TrueStar.Life: One of the greatest concerns my friends and I have is what is being done about all the gun violence in the city. What would be something I could share with them?

Bobby Rush: You can share with your friends the federal government is now doing more to pass laws on gun violence, the manufacturing of guns and the proliferation of guns in our communities. The NRA has created a wide open path. Every time a gun is manufactured it lands in the streets of Chicago and we have to stop the flood of guns coming into Chicago. We must also create a more peaceful environment so that the use of guns won’t be necessary. This means creating better housing, more jobs so that people can have more income, live safer lives and be more responsible. This will reduce their rage from not having the necessity for life and therefore want to pick up a gun. If we could create a community where the need for a gun is diminished, we can stop the killings and gun violence.

The Business of Hip Hop Meets Politics was an epic event, but not because they found the magic solution to bridge the gap between the hip hop generations and politics. It’s because the conversation was initiated and that brings hope. 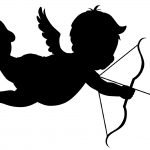 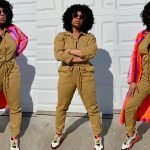