Peter Jericho presented The Black Excellence Music Expo (B.E.M.E.) on August 3rd at The Promontory in Hyde Park. The Black Excellence Music Expo had artists like Ambi, Naglaa, Timmy F, Jana Ghee, Kordy Blakka and special guest Nola Ade. The show kicked off with The Ambi. If you don’t know, his style will remind you of Digable Planets. Ambi stated, “I feel great. The crowd was great. I had to go out there with good energy and it overall turned out great.”

After Ambi performed, Ruby played a video to the crowd that showed some of the artists’ background, including where they are from, what made them start music, and how each artist found their style of music. After the video, Chicago Native Jana Ghee came out. She started off by paying tribute to Chicago artists like Chance The Rapper, Kanye West, Jeremiah and Tink. Ghee also paid tribute to Chris Brown and Keisha Cole singing her hit song “Love”. Ghee stated, “Being from Chicago helped me find my voice. Seeing Chance the Rapper and Kanye work, it’s different from other artists. They have so many styles and flows and it only motivates me to do the same. I don’t want to compare myself to anyone because I want to be my own brand; but towards finding my style, I want to be versatile.”

Timmy F hit the stage next. He started off with high energy, but just like Ghee, he is also versatile. He had the crowd saying “rolling” after he said “picture me” to see if they were listening. “Picture me” can be a tribute or an influence from Tupac who had a hit song called “Picture Me Rollin”. Timmy stated, “This [was] my first time performing at The Black Excellence Music Expo and it was hard. Some of us know each other and we know each other’s songs word for word, but it’s still a competition. We go out there trying to be the best act, but you never know because everyone is on a different level and everyone has a different style.”

Overall, Timmy put on an excellent performance just like Ghee. Once Timmy’s set ended another video played to show the second half of performers. Blakka changed the style and was the first Afrobeat artist of the night. Blakka had high energy and the crowd was amazed. He got a standing ovation after his set was over. Blakka stated, “Growing up, I would listen to Sean Paul, Bennie Mann, and Shabba Ranks and they played a big inspiration on my sound and finding my style. I’m excited that Afrobeats is starting to get the recognition it deserves and I’m up next. It’s not like I’m trying to copy them. I’m just using their blueprint to form my style of music,” said Blakka. “With my style of music, I want you to feel what I am feeling even if you can’t understand me because of my accent, you can feel me through the beat.”

Naglaa took the stage next and kept the energy level high. Naglaa was up tempo and brought awareness to mental health. Naglaa admitted that she suffers from depression and that’s why she wanted to bring awareness to the issue. Naglaa is high spirited and determined to be the best at what she does. “Even with the rap game being a male dominant game, I will do my best to be on top and compete,” said Naglaa. “Yes, there are a lot of male rap legends, but there are also a lot of female rap legends.”

With two performances left, the special guest, Nola Ade, who is also a Chicago Native, took the stage. Ade put on a wonderful performance with a live band right behind her. She is unique and very versatile in her musical style. Some of her music can be compared to The Roots or to the early version of The Black Eyed Peas before the pop EDM style, but when they were more conscious rappers telling a story. Her Afrobeat style can be compared to Damian Marley, Shaggy, or Protoje. Ade stated, “I love soul music. I love Afrobeat. I’m a music lover and that’s what motivates my style AfroSoul. I love that I can make music that fits with my culture and what I learned growing up. Even in church I’m Nigerian, so in church we heard AfroSoul and that definitely helped me find the style that I love. I am AfroSoul.”

Ade has shows coming up and I suggest you check her out. This is an artist you don’t want to miss.

Last to take the stage was Jericho himself. Not only did he put The Black Excellence Music Expo together, he was the closing act, and just like the others, he did not disappoint. Jericho also received a standing ovation. This is an event you should look forward to in the future. You can follow each artist via their socials below: 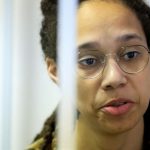