If you don’t know what anime is you must be living under a rock, but don’t worry I got you. For those of you who are sleep, anime refers to a Japanese art style that has birthed thousands of shows, like “Dragon Ball Z,” “Naruto,” “Bleach” and others. It first hit the U.S. in the 60’s, but it became a huge deal in the 90’s and early 2000’s. The huge deal was due to big networks premiering anime on their channels; the most popular and influential being Cartoon Network’s Toonami.

Toonami introduced classics like “Naruto,” “Dragon Ball Z” and “Sailor Moon”. Toonami had an overwhelmingly Black audience with “Dragon Ball Z,” the most popular anime in the Black community to this day. Today you can walk up to practically any Black teen or young adult and ask them about “Dragon Ball Z” and 9.5 times out of 10 they’ll know what you’re talking about. Toonami knew that its audience was Black, so they started using hip-hop in their promos which made the channel stand out from other networks even more.

Although anime was hitting for Black people, it was still Japanese, so we didn’t have anything that spoke about what we went through here in America. This is when “The Boondocks” came into play. I, and millions of other Black people across America, will praise this show to no end. Created by Aaron McGruder, a Black man, “The Boondocks” was a comic strip turned animated TV show that provided commentary on issues pertaining to Black people in the most hilarious way possible. It was a show that highlighted the Black experience and mixed it with an amazing hip-hop soundtrack. Its influence from anime can’t be denied, due to its art style and the protagonists throwing hands the whole show. Although there’s some debate, this show most definitely is an anime, but not one made in Japan. Instead, it was made here at home and dipped in Black excellence.

Black people love anime, but the relationship between us and Japanese anime isn’t always so peachy. We have a problem with how Black characters in anime are drawn. For example, in “Dragon Ball Z” we have a character named Mr. Popo, who resembles Black face with his pitch black skin and big red lips. Mr. Popo is not the only Black character drawn this way, as it’s a recurring issue in the genre. In Japan’s defense, I think they were basing their drawings off of American cartoons back in the 40’s in 50’, which were EXTREMELY racist. Black characters in recent years aren’t as bad as Mr. Popo and with more Black anime workers, I doubt we’ll continue to be portrayed like Mr. Popo.

Nowadays Black people have taken their love for anime and portrayed it on social media. We have gravitated to YouTube and TikTok to find our community making jokes and content based on anime. One channel in particular on YouTube called RDCworld1, has been making top tier anime content for years. They have even started a convention geared toward Black people that celebrate the love of anime and video games that thousands of people have been a part of. The convention is a massive success because it allows a bunch of dope content creators to come together and celebrate anime. Anime has won over the hearts and minds of countless Black people and we as a community love it.

Piccolo is Black. If you know, you know. 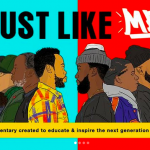 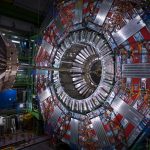