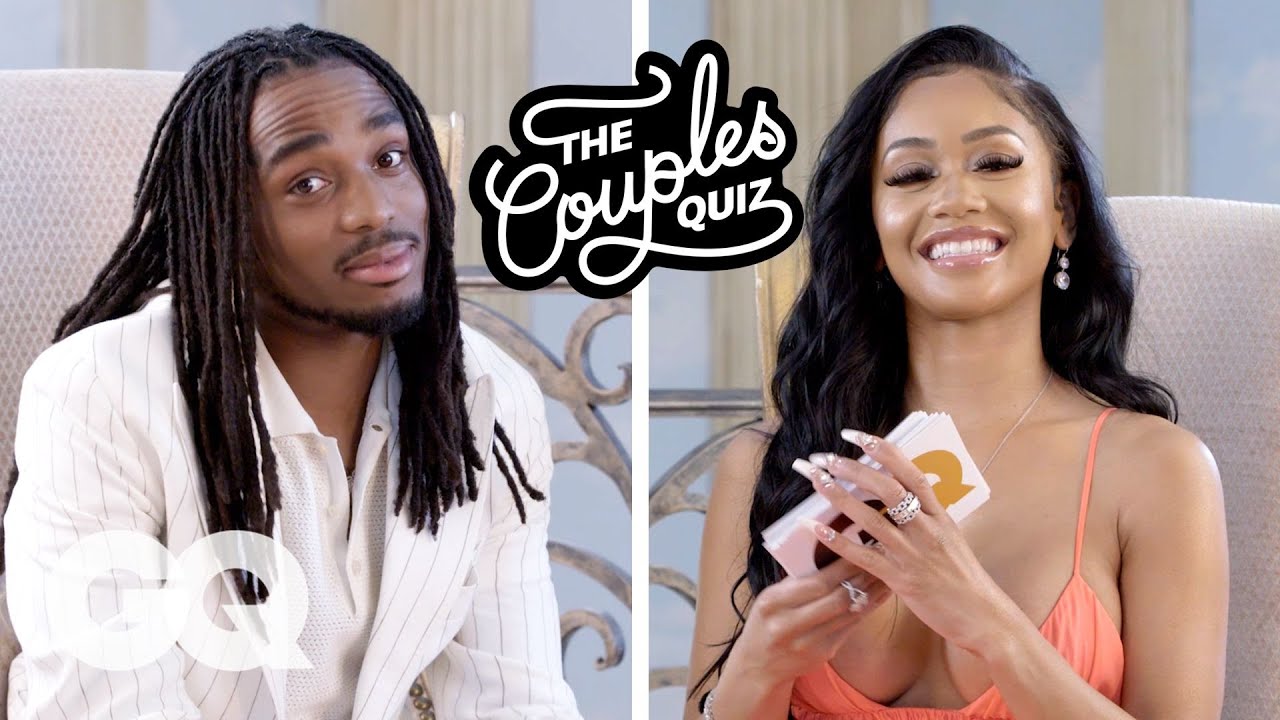 Saweetie and Quavo have been taking over the last half of 2019 and 2020 with their coordinated fashion fits and stylish impressions. However, many fans would be surprised to know that this couple has actually been together for more than two years now. With the usual cliché of celebrity dating, especially the notion of rappers and athletes, it’s usually assumed and publicized that cheating has happened behind closed doors. However, with this lovely couple, any allegations, besides positive ones, have been practically nonexistent. So, how do Saweetie and Quavo keep their romance so private? What can other young Black couples learn from them as they navigate their own intimate relationships?

I couldn’t help but smile as I read the interview with the couple conducted by GQ. The magazine has definitely drawn attention to their site and publication since covering some of the hottest celebrity couples including Teyana Taylor and Iman Shumpert, Kylie Jenner and Travis Scott, and let’s not forget Lauren London and the late Nipsey Hussle. I have to say that Saweetie and Quavo definitely won me over with their celebrity couple quiz game and how they show their affection for one another in the smallest of gestures.

Quavo and Saweetie got real and personal as they described what their inner struggles are and how they’ve managed to grow with each other. According to GQ, “Quavo describes himself as a private person, someone who has trouble letting people in” and Saweetie has struggled with communication growing up. However, they both have uplifted and encouraged each other throughout these struggles to make their relationship stronger than ever.

One of the most insightful and mature statements that Quavo made to GQ regarding his private relationship with Saweetie was, “When she talk to me and when we started talking to each other, the Saweetie shit go out the window and the Quavo shit go out the window. I give her Quavious. I give her what my mama calls me,” he said. “I don’t let people inside my life, and I let her inside. And she’s helping me grow up. She’s showing me how to love a woman.”

This is why and how Saweetie and Quavo have managed to effectively navigate their relationship in the public eye. They don’t ever hide each other. They are photographed and posted on each other’s social media pages constantly and they’re proud of their relationship. The deep importance of understanding their own needed improvements, helping each other grow, and stressing privacy, are all fundamental tactics of a healthy and fulfilling relationship that they practice.

You can often tell when a union is forced or not genuine, but Saweetie and Quavo’s is far from that concern. According to Gerrick D. Kennedy, who conducted the interview, “Watching them talk, I take note of all the little ways they express their affection—like when Quavo gently massages her forearm, or bites his bottom lip whenever their eyes meet, or the way she flutters her lashes and pulls him closer when he makes a point she likes.”

I loved that addition of their romantic gestures and love language to the GQ interview. You can almost feel yourself being there, in their atmosphere, as they express their love for one another in the best way they know how.