In England we recently had a major football competition organized by the Union of European Football Association (UEFA). The event consists of different countries within Europe competing to gain the UEFA Euro 2020 championship title (yes, 2020). Fans were excited as they saw England progressing through each game all the way to finals. England came in second as Italy won the penalty shot. Many fans can agree that it was a great game.

While racism is nothing new, the ridiculous amount of abuse the England football members who are Black received was outrageously disgusting. On the 11th of July, England and Italy were playing against each other in the final; we were all so nervously excited. Marcus Rashford, Jadon Sancho and Bukayo Saka missed the penalties against Italy. After that continuous racial abuse spiraled. Some felt disappointed that the Black members on the team missed the shot and ruined England’s chance at winning.

These team members are not the reason for England’s second position, and bear in mind that they are all young players under the age of 24. Fans decided to take up their anger on Black fans of the England team while outside pubs, parks and other places. We were surprised as a community to see such hate being pulled out towards these young Black men who have worked so hard to be where they are today. I think what disgusts me more is the fact that others are using the colour of their skin as a reason and justification to condone missing the goals and England’s result for them to react in such a way. Comments online were devastating to see and hear about. Despite the ongoing hate shown towards these football players it brought me a sense of hope to see other people re-posting messages of well dones, stay strongs and encouraging messages towards these team players.

I never will understand how the colour of one’s skin can dictate whether you are a good enough person or how you should be treated and seen on this earth. I feel bad that they players had to go through this, but I really hope that they can gain courage from the people who are showing them love instead of hate. I believe we have some ways to go, but we need more people, especially white people, to speak up for what is right. The colour of your skin is not something to be feared. Mo Gilligan, a 33-year-old comedian, appeared on the Channel 4 entertainment series alongside fellow stand-up star Babatunde Aleshe, where he received an acknowledgment for his summary of the racism aimed at England’s Black footballers. Gilligan said, “It’s the classic thing of like when you’re doing well your English. If you’re not doing well, you’re Black. He continued saying, “it is just a game and the fact that some people are going to take this to an extent that they need to hurl racist abuse at players – you have to be ashamed of yourself. You really do.“

In a recent article by Independent, football players expressed how they hold onto their faith and believe that they have been given “GOD-given talent.”

I see colour, but I choose to embrace it. Hopeful, someday others will choose to do the same. 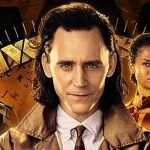 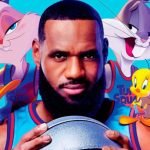