The Beijing 2022 Winter Olympics has been an extraordinary celebration which had a record of 109 events that included seven sports. The 16-day competition started from Friday the 4th of February and ended yesterday the 20th of February. In the midst of Black History Month, it’s fair to say that we are beyond proud that our Black women have set new records and met historical achievements in their sport. Well done to Erin Jackson, Elena Meyers Taylor, Sylvia Hoffman, and Deborah Levi.

As The Guardian mentioned, “Only two Black Americans had won an individual medal in nearly a century of Winter Olympics before this week.” Jackson, 29, and Taylor, 37, doubled that list within 24 hours. Jackson is a women’s 500m speed skater and achieved the gold medal. Like many successful people, Jackson had setbacks such as her slip in her marquee event which almost cost her a ticket to the Olympics during the speed skating trials back in January. But there were also powerful moments, like when  Brittany Bowe — a Team USA veteran who finished first in the event despite specializing in longer races — offered to give up her spot to Jackson. The skater from Florida became the first Black woman from any country to win an individual gold in a Winter Olympics event according to the Olympedia.org website.

Monday afternoon, Meyer Taylor took silver on women’s monobob Bobsleigh which adds to her medals, making this her fourth. She also took home a bronze medal along with Sylvia Hoffman. The bronze also made Meyers Taylor the most decorated Black athlete ever at the Winter Olympics. Taylor has made a new history record and said, “It’s so crazy to hear that stat and know I’m part of a legacy that’s bigger than me.” Another, amazing Olympian is bobsledder, Deborah Levi who won a gold medal in the two-woman event, finishing four runs in four minutes.

Black History Month has definitely been a month to remember as these phenomenal Black Olympians set new records in the global event and demonstrate their unique talents. This new progress will create more opportunities and hope for young people, especially Black athletes to pursue their visions. Jackson, who is proud to be a source of inspiration, had this to say: “Hopefully, we’ll see more minorities, especially in the USA, getting out and trying these winter sports. I just hope to be a good example.” 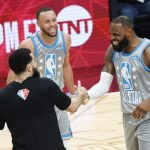 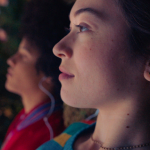