Yesterday, millions of Americans sat down in front of their TV’s to tune into the 74th Primetime Emmy Awards. All nominees were phenomenal in all their performances, but in the end, only the best of the best could win. Something different about this year, and something very special that took place, was that multiple Black female actresses and artists won awards for their outstanding performances in television. Here’s a list of the amazing women who earned their well deserved awards last night.

#ZENDAYA: beautiful and so successful! pic.twitter.com/6F8tQb8vFT

Award earned due to acting performance as Rue in HBO’s “Euphoria”. This is Zendaya’s second time taking home an Emmy for this role, making her the youngest two-time Emmy winner.

This is for the BIG GRRRLS ✊🏾 pic.twitter.com/MjxGKcfsGG

Award earned for producing and performing in Prime Video’s “Lizzo’s Watch Out For The Big Grrrls”.

“I am here to tell you that this is what believing looks like! And don’t you ever, ever give up on YOU.” #SherylLeeRalph #Emmys pic.twitter.com/gjGIp6o1Ve

Award earned due to her acting performance as Barbara Howard in ABC’s sitcom “Abbot Elementary”.

These phenomenal Black women are consistently paving the way for younger generations, and breaking records for not only women, but for the Black community as well. We should use last night as an example that anything can be achieved with hard work, and perseverance. Despite the playing field not being fair, these women manage to win without the extra advantage of privilege. They don’t need cheats, and it goes without saying that they are naturals when it comes to achieving their goals. If you haven’t seen the event yet, videos of the acceptance speeches can be found on Instagram, Twitter, and YouTube. (I recommend watching Ralph’s moving speech in full. It amazed me and had the crowd on their feet!)

Let’s take a moment today to congratulate the award winners, and give them all our admiration. Do you agree with the winners that were picked? Hit me up and let me know. 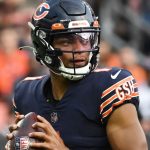 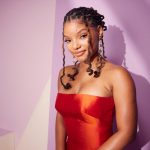