When the latest controversial news of this country pop rapper/singer hit social media, it definitely was an eyebrow raiser for what message the star was going for. This situation also questions if there’s a set boundary among celebrities about when something has been taken too far.

With the spread of media coverage regarding Tony Hawk’s latest move for finding a new creative way to promote sport, he recently announced his collaboration with Liquid Death Mountain Water to infuse his own blood into limited edition skateboard decks. Yes, you definitely just read that right. On Hawk’s personal Instagram account, he’s seen discussing the process of getting his blood drawn out by a nurse for his board. Of course, he received major controversial feedback, but thousands of users were very intrigued about how to secure the board.

Despite this shocking news, you might be asking what does that have to do with Lil Nas X? Well, he seems to have been aggravated by the reaction he got for the collaboration and production of his “Satan” shoes containing a drop of human blood. Even Nike was suing him for it. According to Lil Nas X, there was a double standard in the backlash he received for the “Satan” shoes containing blood in comparison to Tony Hawk’s limited edition skateboard. According to tmz.com., “While Hawk’s boards aren’t laden with satanic imagery, LNX’s shoes are … but he still felt the outrage was actually for another reason, not the fact that they were demonic as hell (ha)”.

Lil Nas X and a prank company, MSCHF, collaborated with the deal of the blood shoes doting a pentagram and the number 666. If they weren’t expecting to gather as much attention, confusion, shock, and disgust before debuting the shoes, then they were definitely in for a surprise. According to thewashingtonpost.com., “The kicks are transformations of Nike Air Max 97s and are pegged to the release of Lil Nas X’s new single, “Montero (Call Me By Your Name),” whose video includes the singer sliding down a pole into hell and gyrating on top of the devil while singing seductively about a guy he met last summer.”

Although Lil Nas X felt like critics were giving a double standard and had other motivated reasons to be against his shoes containing blood in comparison to Hawk, he has no bad blood with the skateboard legend himself. In recent posts on their social media platforms, the two hung out for the day while Lil Nas X sported his blood shoes and Hawk held up his blood board for a picture. Hawks even came up with the name for the two “blood brothers”.

Would you ever buy one of the blood infused products from the two stars? Leave your reaction below 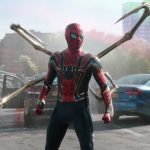 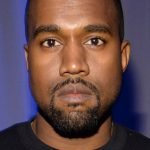